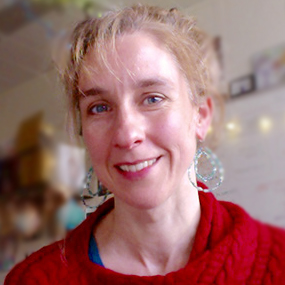 R15 grants stimulate research at educational institutions that provide baccalaureate training for a significant number of the nation’s research scientists, but that have not been major recipients of NIH support. Awards provide funding for small-scale, new, or ongoing health-related meritorious research projects, enhancing the research environment at eligible institutions and exposing students to research opportunities.

Amy MacQueen, associate professor of molecular biology and biochemistry, received a $492,900 award on Aug. 7 for her research titled “How do Synaptonemal Complex Proteins Mediate the Coordinated?”

MacQueen investigates the molecular mechanisms that underlie how reproductive cells (sperm and eggs in humans and spores in yeast) form. In particular, she focuses on how the genetic material (DNA)—which is packaged into chromosomes—is evenly distributed during the cell division cycle (meiosis) that gives rise to reproductive cells.

The successful distribution of genetic material results in a halving of the genome—each reproductive cell receives precisely one single copy of every chromosome; errors in this process result in aneuploidy, or too few or too many chromosomes. Over 10% of clinically recognized human pregnancies are aneuploid, a result of errors in homologous chromosome (homolog) segregation during meiosis.

MacQueen and her research students use the budding yeast Saccharomyces cerevisiae as a model organism for investigating the proteins and cellular/molecular mechanisms that ensure chromosomes are properly distributed during the reproductive cell cycle. They particularly monitor a protein-rich structure called the Synaptonemal Complex (SC), which assembles between chromosomes only during reproductive cell formation in both humans and yeast.

“Our NIH grant proposal aims to define the structural features of SC proteins and molecular mechanisms that promote recombination between homologous DNA duplexes during meiosis, and how these SC proteins coordinate meiotic recombination with SC assembly along the length of aligned homologous chromosome pairs during the cell division process of meiosis,” MacQueen said. Joseph Coolon, assistant professor of biology, received a $492,566 grant on Sept. 12 for his research titled “Information Flow through Regulatory Networks.”

Despite decades of research, some of the most basic aspects of the gene expression process remain unknown. Coolon uses the yeast Saccharomyces cerevisiae to fill these knowledge gaps, specifically focusing on proteins called transcription factors that regulate gene expression.

“All the genetic material in a cell, collectively called the cell’s genome, is like a blueprint or instructions for the form, function, and fitness of an organism,” Coolon explained. “However, unlike the instructions you get to help you build a piece of furniture from Ikea, this set of instructions is dynamic and must include the ability of an organism to respond and be flexible in response to intrinsic (internal physiological state) and extrinsic (external environment) changes.”

The enormous datasets generated for this grant will be the subject of in-class studies by groups of students enrolled in his BIOL310 Genomics Analysis course. The students learn through engaging with never-before analyzed data, using cutting-edge genomics analysis techniques as well as bioinformatics and computational tools through discovery-based independent study. Each student then contributes to writing up the findings of this research for a final project. Ultimately, the goal for each semester is to combine all students’ individual contributions into one manuscript that is to be submitted to a scientific journal.

Ishita Mukerji, Fisk Professor of Natural Science, professor of molecular biology and biochemistry, received a grant worth $492,900 on Sept. 17 for her research titled “Investigating the Role of MutSy in Meiotic Recombination and Maintaining Genome Integrity.”

Mukerji’s research interests focus on the use of spectroscopic tools to investigate challenging problems in biology by exploring the structure-function relationship of biomolecules. She aims to understand the mechanisms of binding and recognition in protein-DNA interactions by examining the dynamic behavior of DNA structure and the structural changes that accompany the formation of the protein-DNA complexes.

Mukerji will use her NIH award to investigate MutSgamma—a protein central to the process of meiotic recombination in many organisms. In the fundamental cellular process, genetic information is exchanged between chromosomes. MutSgamma is involved at this critical stage where one function of this protein is to facilitate the proper exchange of genetic information through stabilization of a DNA structure, known as a Holliday or four-way junction. Improper segregation of chromosomes in humans are a major cause of infertility, miscarriages, congenital birth defects and trisomy disorders such as Down syndrome. Significantly, loss of this protein complex can lead to infertility in mammals including humans.

“Our spectroscopic and computational investigations will unravel the functional behavior of MutSgamma at a molecular level and shed light on these critical steps in meiotic recombination to better understand how to correct this process when it goes awry,” Mukerji explained.