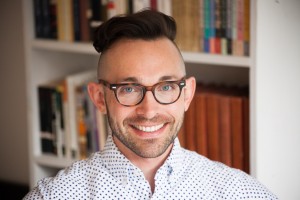 He has published numerous articles in a wide range of journals, including Critical Inquiry, Representations, Music Theory Spectrum, Eighteenth-Century Music, and the Journal of Music Theory. He has held fellowships in the University of Michigan’s Society of Fellows and at the Stanford Humanities Center. He currently serves as Director of Graduate Studies in the music department and on the University Honors Committee.

Janice Naegele, Alan M. Dachs Professor of Science, professor of biology, and professor of neuroscience and behavior, received her BA from Mount Holyoke College and her PhD from Massachusetts Institute of Technology, and she conducted her postdoctoral research at Rockefeller University and Yale University. She has published extensively in the field of neuroscience and regenerative medicine. Her laboratory at Wesleyan has been supported by grants from the National Institutes of Health, National Science Foundation, Regenerative Medicine Research Fund of Connecticut, CURE Epilepsy, McKnight Foundation, Epilepsy Foundation, and the Mellon Foundation. Her awards and honors include the 2017 Connecticut Women of Innovation Award and the 2015 Louise Hanson Marshall Special Recognition Award, recognizing her role in mentoring. In 2016, she was elected to the Connecticut Academy of Science and Engineering. She has previously served as Chair of the Faculty, Director of the Center for Faculty Career Development, and Chair of the Biology Department.

previousShusterman Offers Advice for Families on Transitioning to Homeschooling