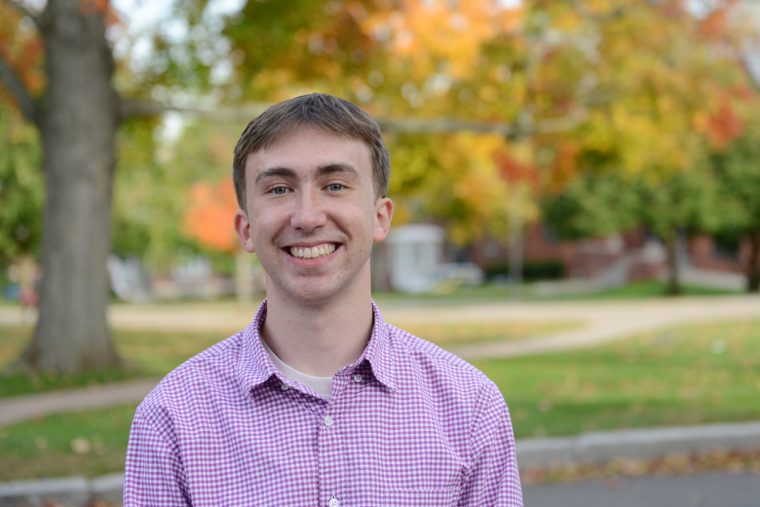 Associate Professor of Government Logan Dancey’s research and teaching interests include the United States Congress, campaigns and elections, and public opinion. We spoke to him about the government’s response to the coronavirus pandemic.

As a scholar of legislative decision-making, can you describe how the workings of the United States Congress look different during a time of crisis?

It’s still early, but the government’s response to the coronavirus pandemic shows that even this gridlocked and polarized Congress—which doesn’t seem to accomplish much in normal times—is still fairly quick to respond to crises. We’ve seen large bipartisan majorities agree on fairly large-scale responses to the pandemic. I think that’s to be expected given the magnitude of the problem, as well as the incentives that members of Congress have to try to solve problems as they arise. When crises like this are forced onto Congress’s agenda and they have no choice but to act, it can break down those partisan and ideological divisions that seem so strong during normal times, though the legislative outcomes may not be perfect or satisfy everyone.

You saw similar reactions right after September 11, when Congress had some moments of bipartisan legislating. Not too far down the road, they returned to normal partisan and ideological conflict. Similarly, in the immediate aftermath of the 2008 financial crisis, you saw some bipartisan action. But then after the 2008 election, there were pretty partisan responses to the big stimulus bill that passed in early 2009, with Republicans pretty much uniformly opposing it.

Are you surprised to see Republican support for some “big government” measures, like the large stimulus bill?

Also, the government is mostly not putting in place permanent changes. These are short-term measures to both stave off some of the worst economic consequences, and to try to shore up the health care system and make sure it has the capacity to deal with the problem.

What does research tell us about how a crisis like this can influence the upcoming elections?

I think it’s too early at this point to make any real projections about the impact on the elections because there’s still a lot of uncertainty about how things will unfold and what the government’s response will be. There’s one school of thought that suggests that bad things that happen on an incumbent’s watch will be bad for the incumbent in general. In other periods of really bad economic conditions, the incumbent’s party has tended to perform poorly. But this is a very unique circumstance leading to these economic conditions so you don’t know how voters are going to respond. I do think that the narrative and reality of how the government responds, or seems to respond, matters for the ultimate electoral consequences.

I also think we’re in a period where people are very set in their partisan views, so I don’t know that this fundamentally changes what was always going to be a pretty close presidential race. I think we’ll have a clearer sense in two or three months.

How’s online teaching going? Are you incorporating current events into your teaching?

It’s definitely been challenging to adapt the class to this new medium. The students have been really great in terms of making it go as smoothly as possible, and they have remained active and engaged in class discussions. I record some lectures and post them online in advance. We then spend time on Zoom discussing the readings. I’ve also been taking time to answer students’ questions about how the class will work going forward. Of course students cannot all engage in the course in the same ways right now given unique circumstances and challenges, so I’m also trying to remain as flexible as possible.

In my Congressional Policy-Making class, we’re going to be reading a book called Congress and the Politics of Problem Solving. It’s a book that details the ways in which Congress’s agenda is often shaped by external forces, including crises or pressing problems that arise, and how Congress tries to address these problems. I expect that in class we will be discussing how Congress is responding to the COVID-19 pandemic and the ways in which the legislative process adapts in moments like these.

nextDownload Wesleyan Virtual Backgrounds to Use with Zoom