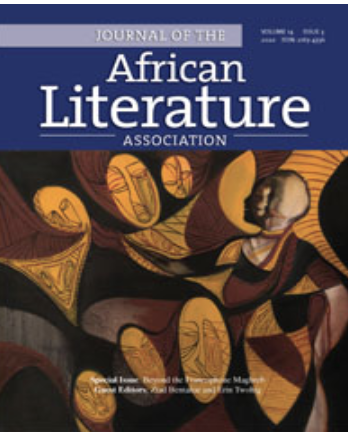 Michael Meere, assistant professor of French, and Sophie Dora Tulchin ’20 are the co-authors of “Filling In the Gaps: Identity, Exile, and Performance in 1962 and Babel Taxi by Mohamed Kacimi,” published in the Journal of the African Literature Association, Vol. 14, Issue 3, on Nov. 12, 2020.

This article explores issues of identity, exile, and performance in 1962 (1998) and Babel Taxi (2004), two foundational plays by the Algerian-born author Mohamed Kacimi. 1962 is an autobiographical play written during Algeria’s “black decade” about the effects of Algeria’s independence on two particular characters, while Babel Taxi allegorically retells the legend of the Tower of Babel in modern-day Iraq at the start of the Iraq War. In these plays, the characters’ pasts and memories are full of gaps (trous). The article argues that the characters’ attempts to fill in these trous with performance illuminate their experience of exile as a permanent psychological state. This endeavor not only applies to Arabic-speaking, Islamic characters, but also to those from Argentina, Israel, France, China, India, and beyond. Further, both plays highlight the transformative power of performance. However, whereas the characters in 1962 use performance to elevate their personal narratives of the past and resist the domination of official history, the resurrection of biblical legend through performance in Babel Taxi ends in violence and disunity. Performing the past can facilitate connection and offer solace from the confusion of exile, but it can just as easily sow discord in the present.