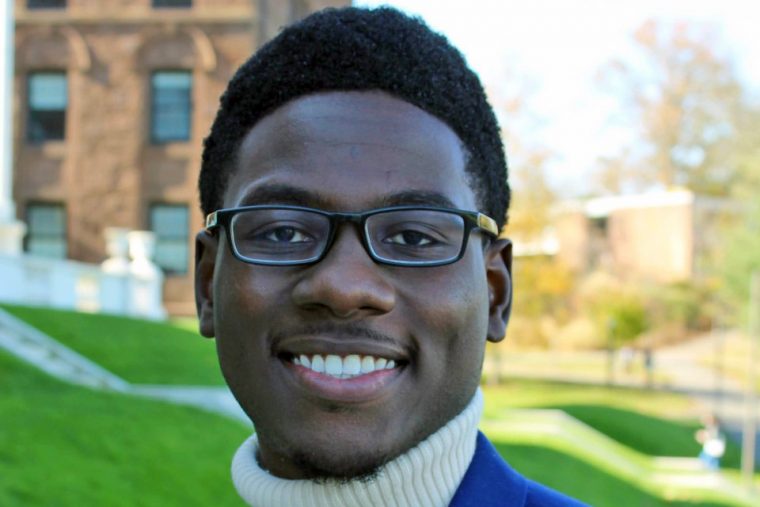 “My love for science dates back to as early as six years old and I decided then to become a doctor,” he recalls. “At 10, I learned about Dr. Charles Drew, a famous black cardiologist who made extensive contributions to blood banks, and I made up my mind to become a cardiologist since I figured the heart was the most important human organ. However, upon learning more about human anatomy, I settled on the brain being the most impressive creation and made up my mind to become a neurosurgeon. My mother then bought me all of Ben Carson’s books which further piqued my interest. When my grandmother was diagnosed with Alzheimer’s Disease a couple years ago, I was further convinced to continue my studies in the field.”

Wickham says he always dreamed of studying at some of the world’s best universities, and applied for the Rhodes Scholarship because he believed he met all four tenets emphasized by the institution: academic achievement, use of talents to the fullest, strong moral character, and leadership. He also remembered his high school principal, Raymon Treasure, telling the students at York Castle High School that Jamaica’s first Rhodes Scholar was a Yorkist.

Eleanor Brown, a professor of law at the Pennsylvania State University, a member of the Rhodes Scholarship selection committee, and a Rhodes Scholar herself, called Wickham’s story “remarkable,” noting his humble roots and the rarity of Black men studying neuroscience in the United States. On Wickham’s talent for musical theater, she said, “there were clear echoes of Hamilton and the brilliance of another Wesleyan alumnus, Lin-Manuel Miranda [’02, Hon.’15].”

“The implications for diversity and inclusion generally and specifically recruiting more Black applicants into the Rhodes pipeline are clear,” she said. “Thank God for trajectories like this to inspire us in an unimaginably difficult year.”

nextTan '20 Honored by Geological Society of America for Poster Presentation