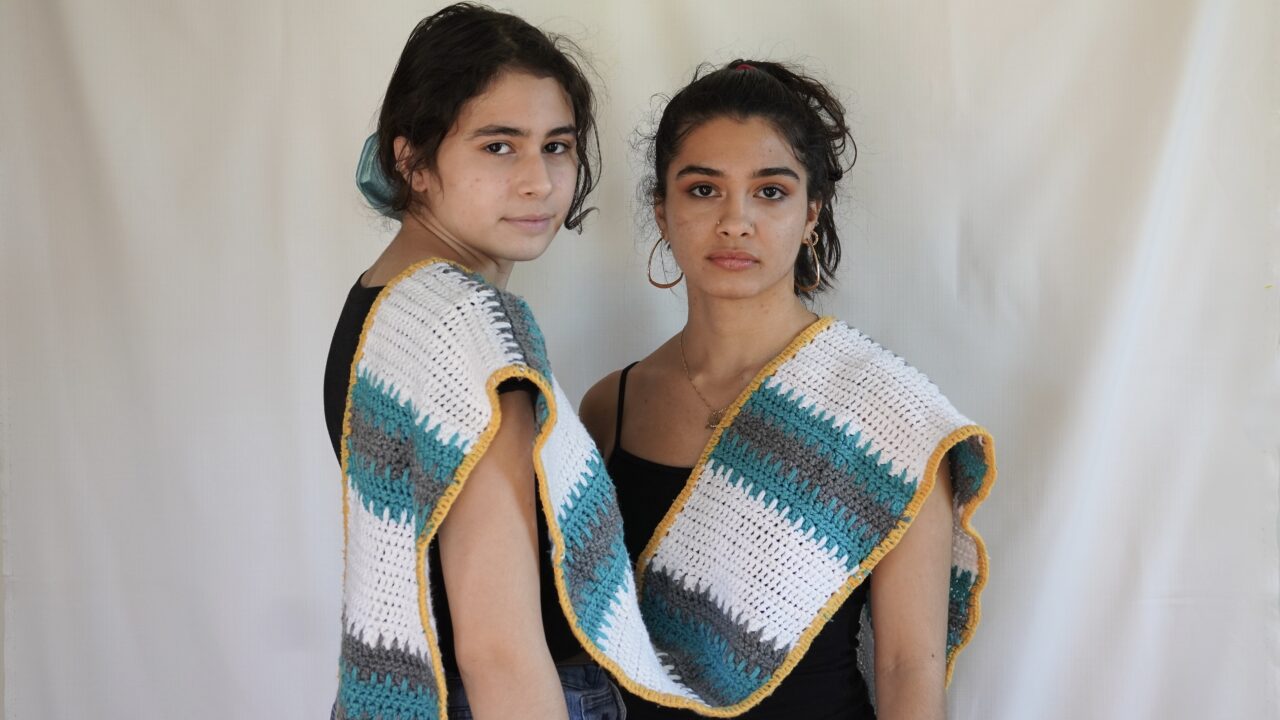 Throughout the evening of student presentations, a trend emerged – these students were not only ready to enter their respective markets, they had blended their values of ethics, sustainability, and creative growth with business models that aimed to challenge some of the core mechanisms of our economy.

Rosemary Ostfeld, visiting assistant professor of environmental studies and instructor of the CSPL 239 course Startup Incubator: The Art and Science of Launching Your Idea course opened the evening of presentations by outlining the process of creating a startup that the students undertook.

After the students’ presentations, a vote was cast and Sol Blossom Crochet captured the win. Ivanie Lucía Cedeño’s [’22] crochet apparel company was inspired by her grandmother Eurania, a seamstress in Puerto Rico. Along with brightly colored items for order, the company website features modifiable designs and patterns for people to create their own pieces. Her personal inspiration and talent combined in a business model that emphasized ethical production and consumer involvement.

Cedeño’s winning presentation led an evening of ideas that pushed the boundaries of the relationship between creator and consumer.

“Fashion’s Future,” an installation showcasing student designers, launched in West College on Dec. 11.  Zoe Zelken ’23, its director, is curating what she calls a “symbiosis” between independent creators and buyers. In her model, these roles are not separated, as they are in traditional creative markets, creating an opportunity for dialogue which will inspire and empower all parties. This pop-up shop is in partnership with Fray Magazine, Wesleyan’s first fashion publication, which is founded and edited by Zelken, as part of an ongoing project for changing the way that the industry operates.

Malcolm Davol ’24, founder of DORM, is also countering typical consumer models with his furniture company. The idea for the company was born when Davol’s friend coveted a shoe rack that he had made for himself in Wesleyan’s woodshop. Davol realized that students were interested in good and cheap, wooden furniture. He believed this would allow him to compete with Walmart, Target, and similar retailers. DORM’s revenue model involves buy-back options and then potentially subscriptions, with concern for both the economy of production and accessibility for consumers.

The Moments app, by Kiona McCormick ’22, helps buyers develop practices for combatting chronic stress through directed somatic movement, creative dance, visualizations, and embodied meditation. McCormick had a desire to share her own methods for dealing with the burden of stress that she sees increasingly straining her communities.

Hasanti Kelly ’22 was also interested in mental health. His brand, Self-hate Clothing, has already amassed attention on streetwear platforms, where he has had success selling his products. Afro-futurist motifs and a valuable message are embedded within the design of his clothing: conversation around self-hate and mental health should be as common as putting on clothes in the morning.

Kara Hodge ’24 is also interested in normalizing awareness with her shopping platform, B4. Inspired by her late mother who was a jewelry designer, B4 empowers individuals to affect change by having a portion of all revenue go towards charity. Hodge is appealing to an overlooked buyer mentality – interest in the ethics and priorities of their vendors. The site profiles artists as well as the charities to which they have committed.

Lars Delin ’22, founder of Giveables, is orchestrating a convergence of the arts and crypto economies. Young artists can find a platform on his Web 3.0 site, a new democratization of the web with no third parties and no central authority. Arts patrons and crypto-enthusiasts convene in one virtual space where online exchange and dialogue can generate real-life value, such as gallery invitations. Giveables thus becomes a cutting edge platform, that further intertwining the forces of arts and technology.

This kind of collaborative innovation is also the goal of Shakaa Chaiban’s New York Noise LLC. The company is an upgrade to traditional forms of creative collaboration, helping underground creatives engage with mentorship, consultations and commissioning opportunities.  Through this formalized interdisciplinary networking, Shakaa envisions “radical callings” and creative pursuits being amplified and emboldened. No longer will artistic projects left to the wayside, abandoned by an unnavigable market, Chaiban believes.

Noah Cate ’22 and Jack Scher ’22 introduced their app, Wait Up, intended to resolve long wait times for food at Wesleyan. After scanning a QR code, students will be able to monitor live video feeds of the lines in on-campus dining locations. Their app is set to launch Spring 2022.

Wesleyan Community Comes Together To Celebrate Reunion and Commencement 2022

“A Very Intimate Process:” Farina ’23 and Chaffee ’00 on curating the Senior Thesis Showcase