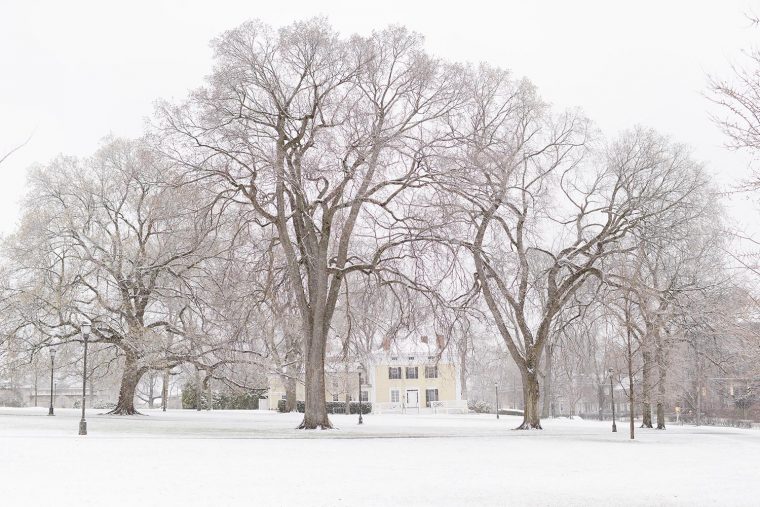 In The Los Angeles Review of Books, Wesleyan President Michael Roth ’78 reviews Samantha Rose Hill’s intellectual biography of Hannah Arendt. “Hill’s Arendt is a thinker who moves easily from poetry to philosophy, from reflections on politics to an analysis of thinking itself.” (Dec. 26, 2021)

In Politico Magazine, Professor Emeritus Richard Ohmann is remembered as “the radical professor who enraged the right.” Starting in the mid-1960s, “he helped to transform the humanities, challenging the old teacher-student hierarchy and working to confer on the study of texts by minorities and marginalized cultures an academic legitimacy they had been denied.” The article was written by James Wallenstein ’85. (Dec. 27, 2021)

Treshauxn Dennis-Brown ’19 writes an op-ed in LexBlog detailing ways those affected by Hurricane Ida and other major disasters can seek help. “While some communities dealt with a lack of power well into the September and October months, the truth remains that while there are those who had homes to return to, there remains a staggering amount of families now displaced residentially as a result of extensive home damage.” (Jan. 5, 2022)

In Yahoo! News via The New London Day, Rosemary Osfeld ’10, MA ’12, visiting assistant professor of environmental studies, is featured for receiving a $41,600 planning grant from the U.S. Department of Agriculture for creating an online platform—Healthy PlanEat—that helps boost sales at local farms using sustainable growing practices. Ostfeld will use the grant for website development and marketing of Healthy PlanEat. (Jan. 2, 2022)

Maryland journalist Alan Miller ’76 is featured in The Beacon for founding The News Literacy Project in 2008, aiming to teach students how to think critically and distinguish fact from fiction. AARP recently awarded him a Purpose Prize, which honors people who use their years of experience to make a difference in the world. “Miller got the project off the ground thanks to a lucky encounter at his 30th college reunion at Wesleyan University. At that event, he spoke on a panel about the future of journalism, and the panel’s moderator worked at the Knight Foundation, which later provided a $250,000 founding grant.” (Jan. 3, 2022)

Corwin-Fuller Professor of Film Studies Emerita Jeanine Basinger speaks on star power in in a Codelist article. “Basinger, who founded the department of film studies at Wesleyan University, noted that individual star power has faded. Studios have become obsessed with intellectual property – franchises and pre-existing characters. As a result, there has been less need to create new stars and keep old ones on a pedestal; Iron Man, Dominic Toretto, Wonder Woman and Baby Yoda are now the stars. ‘In the days of yore, movie stars were the brands,’ she explained. ‘They reached the entire audience, not just a fragment. To all. But that’s over now. Now, it’s about reaching the niches.'” (Dec. 23, 2021)

Helen Poulos, adjunct assistant professor of environmental studies, is featured in a USGS “Eyes on Earth” podcast where she discusses wildfires and her remote sensing research data from ECOsystem Spaceborne Thermal Radiometer Experiment on Space Station (ECOSTRESS). Poulos and her collaborators studied the Arizona Pine Oak forest five years after a severe fire and learned that post-fire landscape had surprisingly high rates of water use. (Dec. 13)

According to PBS, a new short film written and directed by Susan Gray ’81, made its national premiere on Dec. 19. Climate Emergency: Feedback Loops bridges the gap between what the general public knows about climate feedback loops (little to nothing) and what the scientists know (they’ve been studying them for decades and it is the one thing that keeps them up at night). Narrated by Richard Gere, Earth Emergency is now being broadcast all over the world on global television. (Dec. 19, 2021)

Sonali Chakravarti, associate professor of government, is quoted in an article about the daily risk Black Americans experience in society from law enforcement officers. “[T]elling moments of the [Derek Chauvin] trial suggest a new normal when it comes to the public’s expectation for justice in police killings.” (Dec. 31, 2021)

Bill Belichick, ’75, P’07, Hon. ’05, head coach of the New England Patriots, is cited in a Daily Magazine article about coaching. “NFL coaching, like all coaching, is about knowledge and the ability to teach. If you think playing in the NFL is some sort of prerequisite to coaching in the league, well, some of the NFL’s best ever coaches never played in the NFL. The greatest to ever do it, Bill Belichick, didn’t. He played football at Wesleyan University.” (Dec. 23, 2021)

According to Business Wire, students from Wesleyan were among the winners of the InnovateIN48 competition, sponsored by financial technology leader FIS. The competition is designed to spark creativity and new technologies to continually advance the way the world pays, banks and invests. (Dec. 20, 2021)

Wesleyan University is mentioned in CNET for becoming the first college in the U.S. to make boosters mandatory for students, starting in 2022. (Jan. 2, 2022)