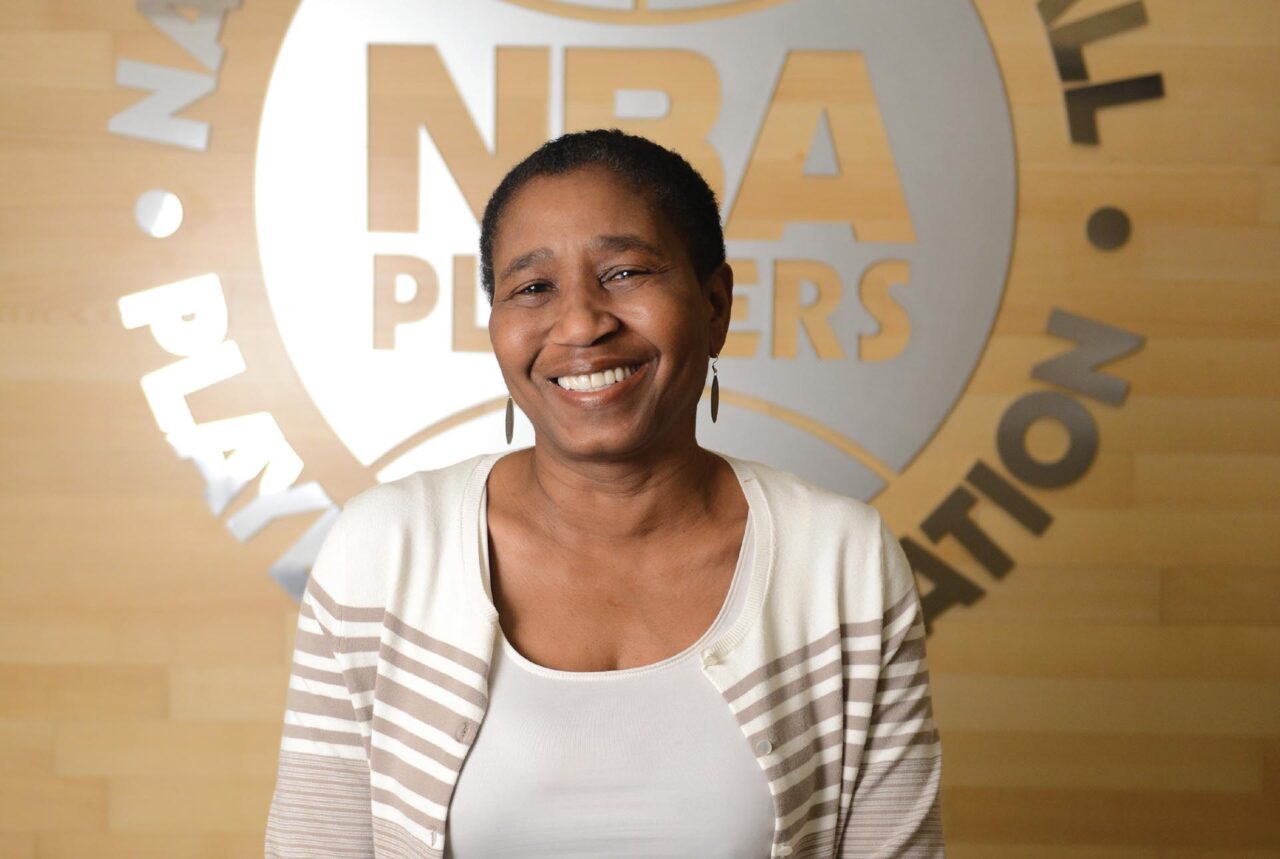 Michele Roberts ’77 retired at the end of 2021 after seven and a half years as executive director of the National Basketball Players Association (NBPA). To honor her leadership and legacy, the NBPA Foundation has endowed a financial aid scholarship at her alma mater, Wesleyan University. Named for Roberts’ mother, the Clara Johnson Roberts Scholarship Fund is a fitting tribute to the woman who sparked her daughter’s law career by bringing her to observe trials at their local courthouse in the South Bronx.

Like many of the players she worked with, Roberts came from very modest beginnings and rose to great heights during her career. She earned a degree in government at Wesleyan in 1977, before entering law school at the University of California, Berkeley. She started out as a public defender in Washington, D.C., later serving as chief of the trial division before moving into private practice as a trial lawyer. Roberts went on to become one of the most respected trial lawyers in the country. In 2014, she took on a new role as executive director of the NBPA, becoming the first woman to hold that position and the first woman to head a major professional sports union in North America.

Roberts has said that her Wesleyan education encouraged her to dream big and pursue her law career. In 2017, she was honored with a Distinguished Alumna Award, which is presented to alumni in recognition of achievement in their professions. She currently serves on Wesleyan’s Board of Trustees.

The Clara Johnson Roberts Scholarship Fund will provide support in perpetuity for Wesleyan students with demonstrated financial need.  If you would like to help the NBPA Foundation celebrate Michele Roberts in this way and further support financial aid at Wesleyan University, visit give.wesleyan.edu and note the scholarship name when making your gift or contact the Office of Advancement at 860-685-2200.

About the National Basketball Players Association (NBPA) Foundation:
Established in 1997, the National Basketball Players Association Foundation is a non-profit organization dedicated to preserving the legacy of its members and providing support and assistance to persons, communities and organizations throughout the world that seek to improve the lives of those in need. Through grants that match players’ philanthropy and charitable giving, the Foundation highlights and accelerates the real and collaborative work that basketball players do worldwide to build their communities and create meaningful change.