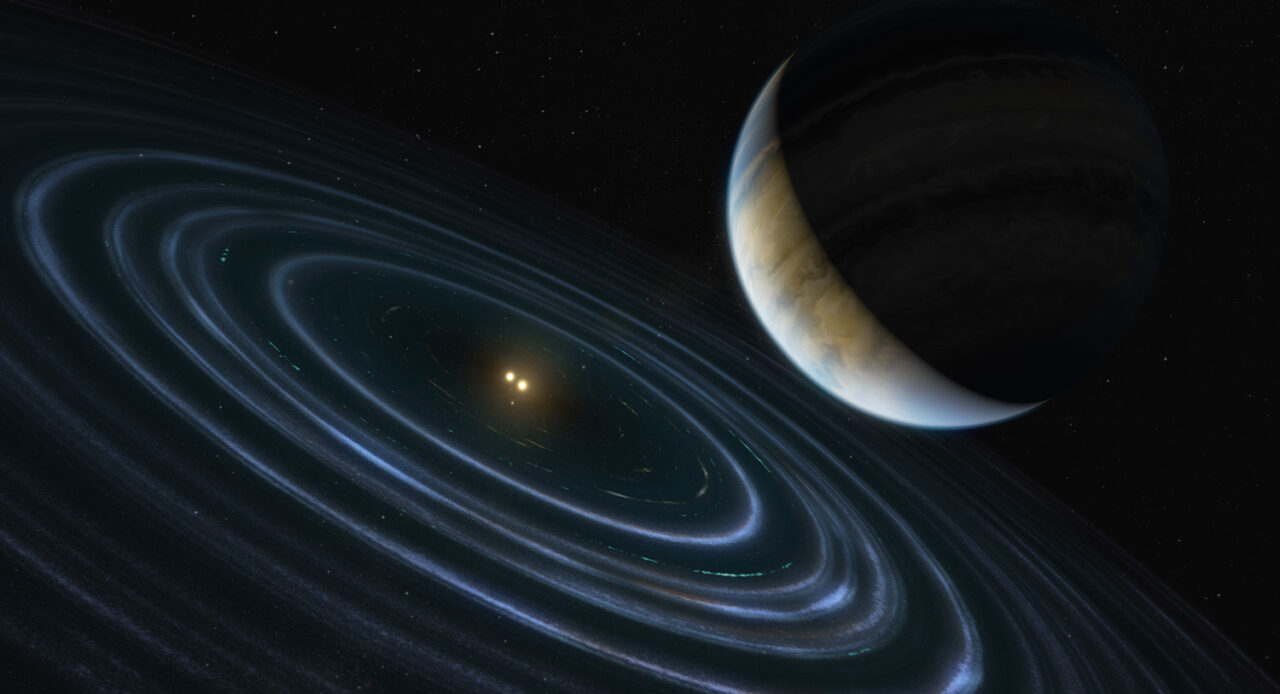 Every summer, Anna Fehr ’23 would cherish family camping trips to the mountains in California. There, she could see something many people—especially city residents—rarely get to experience: a truly dark night sky.

“I remember seeing the Milky Way and just being blown away by the sheer number of stars,” she recalls. “I think I knew at the time that each star was like another sun, and it was just impossible to imagine the scope of what I could see with a naked eye. Also, my parents both have August birthdays, so we would go up to the mountains during the Perseid meteor shower every summer. I was fascinated by why it would happen at the same time every year, and after I stopped thinking it was magic, I remember trying to figure out how all the objects involved must be moving.”

Now an astronomy, physics, and computer science triple major at Wesleyan, her curiosity about the night sky— and what exists inside it—continues to grow.

As a 2022-23 Barry Goldwater Scholar, Fehr ’23 will continue exploring the night sky—exoplanets in particular. The Goldwater Scholarship Program is one of the oldest and most prestigious national scholarships in the natural sciences, engineering, and mathematics in the United States and comes with a $7,500 to help cover students’ costs associated with tuition, mandatory fees, books, room, and board.

“Anna is insatiably curious and is never satisfied with anything less than the deepest level of understanding of whatever we are working on,” said Meredith Hughes, associate professor of astronomy. “It has been such a joy to work with Anna, and I couldn’t be more delighted that she has been selected for this well-deserved honor.”

What makes this system unusual, however, is unlike most planetary systems—where planets orbit roughly within the scale of our own solar system—HD 106906’s massive planet is circling its stars from a whopping distance of about 20 times farther than Pluto.

This massive, Jupiter-like planet is known as HD 106906b.

To answer these questions, Fehr ran simulations based on a previous study conducted by Hughes. In 2018, Hughes observed the HD 106906 system with a radio telescope located in Chile called ALMA.

After much research, Fehr determined that the orbit of HD 106906b is most likely circular with a large semi­major axis. This finding contrasts sharply to that of previous dynamic analysis, which did not have the constraints provided by the ALMA observations and astrometric constraints.

Fehr didn’t intend on studying astronomy or physics at Wesleyan initially. She has a love for language, English, and creative writing, and was veering towards a major in humanities or social science major. But when she was pre-registering for her first semester, she decided to give math and physics another chance.

“I had always enjoyed math classes, but didn’t have much experience with physics from high school. I figured that taking a bunch of STEM classes early in my Wesleyan career would just set me up for more flexibility later, regardless of what I decided to major in,” she said.

Fehr signed up for Introduction to Astrophysics, taught by Hughes, and “totally fell in love with it,” Fehr said. “It challenged me to think creatively about science, and for the first time in a science class I felt curious, wanting to connect the concepts we were learning and think of new ways to apply them.”

Hughes noticed Fehr’s intense interest in research early on. Fehr’s “superpowers,” Hughes said, “are noticing and fixing her own mistakes, as well as her deep engagement with the scientific literature and her ability to see connections across different studies and methods.”

“When she first started working with me as a freshman, I offered her a choice of a few projects, and she chose to become the group expert on N-body simulations (a way of computationally modeling gravitational interactions between many different objects in space). In retrospect, it was an absurd project to hand to a freshman, but I had a hunch that Anna could handle it, and she has simply blown me away as she has since gone on to apply her skills to at least three distinct scientific questions.”

In addition to her research in astronomy and computer science with Hughes and Saray Shai, assistant professor of computer science, Fehr is involved with the Wesleyan Women in Science steering committee. After graduating, she hopes to attend a graduate and Ph.D program and continue studying exoplanets and planet formation.

“I’ve always thought about studying distant planetary systems in part as a way of thinking about the history of our own solar system, and how that history could have gone differently,” Fehr said. “Even when I’m deep in the details of far-off physical processes, I know that the same forces and processes are acting on the Earth, regardless of whether they’re recognizable in how they manifest.”