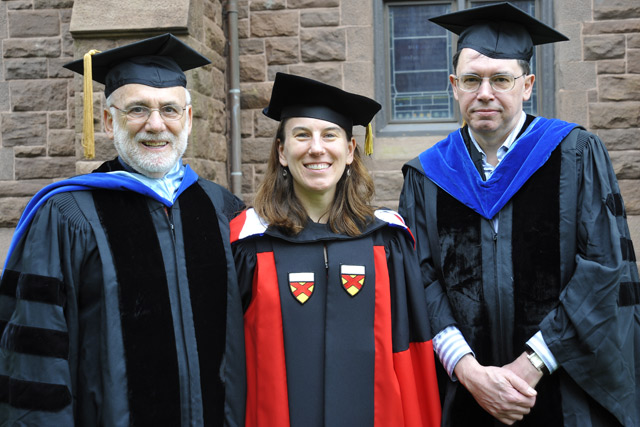 Jeremy Zwelling, associate professor of religion, emeritus, passed away on May 8 at the age of 81.

Zwelling received bachelor’s degrees from Columbia University and the Jewish Theological Seminary of America, and his MA and PhD from Brandeis University. He arrived at Wesleyan in 1967, where he taught for 43 years until his retirement in 2010. He was instrumental in the creation of Jewish Studies at Wesleyan, and he created and directed an Israel Studies program in Jerusalem. Zwelling was named the inaugural Silverberg-Shapiro Professor of Jewish Studies in 2003, and when he retired in 2010 this chair was renamed the Jeremy Zwelling Professorship of Jewish Studies in his honor.

“It is rare that an entire academic center can be traced to a single person, but Jewish Studies in Wesleyan is simply unthinkable without Jeremy Zwelling,” reflected Jeremy Zwelling Assistant Professor of Jewish Studies Yaniv Feller. “He built the program from scratch and ran it for many years. Even after his retirement he continued to attend events and lectures and contribute his wisdom and advice. Every time we met, I learned something new from him. Jeremy was a gifted teacher and scholar who shaped generations of students. His generosity and kindness left a lasting impression on all those who met him. He was a true mensch that will be sorely missed.”

“Space does not allow a complete reflection on Jeremy’s life as a teacher, a scholar, a colleague, and a community builder,” said Professor of Religion Peter Gottschalk. “So, I’ll make mention of the singular quality that undergirds them all: his humanity… Jeremy exemplifies a scholar’s ability to learn, and prompt others to learn; to think, and prompt others to think; to engage, and prompt others to engage, all under an impulse to understand others not as others but as fellow humans whose desires, anxieties, aspirations, visions, and paradigms do not differ categorically from our own.”

Professor of the Practice in Religion and Director of the Center for Jewish Studies Dalit Katz said that “among the Wesleyan community, Jeremy Zwelling is a legend, a mensch, a good person whose presence is felt in the Wesleyan community physically and spiritually: whether through a tree planted to honor his name or through the annual Jeremy Zwelling lecture. However, for me, Jeremy is a person who believed in me, gave me a chance to develop my many ideas, mentored me, and discovered my creative abilities. His immense kindness, optimism and sense of humor will always guide us and light our way.”