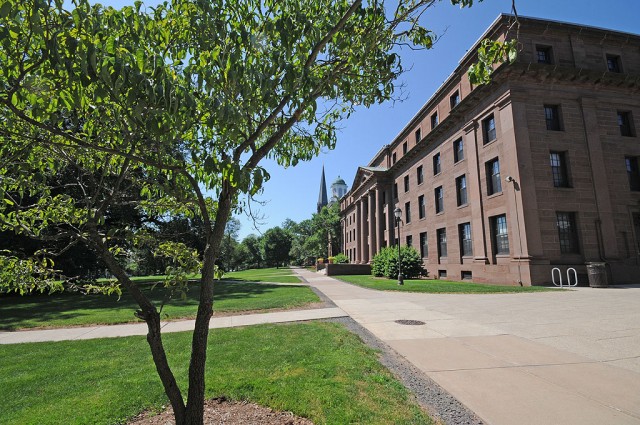 A new residency will bring a trio of noteworthy writers to Wesleyan for the 2022-23 academic year as the University looks to augment its already robust writing programs.

“The Shapiro-Silverberg program will bring to campus writers whose work is already having an impact on a variety of audiences around the world. The initiative builds on a long history of hosting distinguished authors at Wesleyan and points to this institution’s embrace of creativity across disciplines and genres. We eagerly await the sparks that will fly!” said President Michael Roth ’78.

“These authors remind us of the vitality and relevance of literature beyond our classrooms, and they will hopefully inspire our students to think about pursuing multifaceted careers in the literary arts—careers which meld together journalism and scholarship, a commitment to craft with a commitment to social justice,” said Hirsh Sawhney, assistant professor of English and chair of creative writing.

The authors will teach at least one class and create another artistic experience for the campus community, which could include mounting a performance, offering master classes, or curating an exhibit, among other ideas. “We are giving them the platform to tell us what kind of program they want to build,” said Roger Mathew Grant, dean of the Arts and Humanities division.

The program is designed to create meaningful opportunities for student engagement while also affording time and support for the creative work of those in residence. “I think the most important thing is that we are bringing our existing faculty and students together with these distinguished writers to augment the broad-based writing community at the Shapiro Center,” Grant said.

The Campus Writing Initiatives Committee, including Grant (chair), Amy Bloom, Sonali Chakravarti, John Murillo, María Ospina, Danielle Vogel, Ao Wang, and Stephanie Weiner, recommended writers for consideration and advised on the format of the program. “This is a committee assembled from across the University that cares deeply about language, about writing, and about our students,” said Bloom, a bestselling author who will be leading the Shapiro Center next year.

Each distinguished writer is paired with a faculty fellow to facilitate projects, programming and community connections during the residency. “The Distinguished Writers’ areas of expertise align with those of the current faculty and supplement our personnel in areas that we are really excited about developing, including Spanish language creative writing, which harmonizes with the work of María Ospina; and poetry, which picks up on the excitement and enthusiasm surrounding the poets on our faculty, including John Murillo and Danielle Vogel. Many of our faculty already write for the public, so we are excited by the opportunity to continue growing in that space,” Grant said.

Grant sees this as a chance to augment a discipline already considered one of Wesleyan’s current strengths. Wesleyan’s writing workshops teach students how to offer critical feedback to their peers in a way that is rigorous but supportive, and also how to take on critical feedback and then use it to improve their work. Students have opportunities to connect with notable writers who come to teach for a semester or offer master classes, a popular decade-old initiative. “We want to continue to provide students with unique, intimate, and provocative opportunities to spend time with extraordinary writers,” Bloom said.

Under Bloom’s leadership, the Shapiro Center will continue to host College of Letters Writer-in-Residence Charles Barber and novelist Douglas Arthur Martin, who will be leading the Center’s Writers’ Series. Next year the university will also welcome to the faculty award-winning novelist Maaza Mengiste, who was recently awarded a Guggenheim Fellowship.  “We already have writers on the faculty who are doing amazing things,” Grant said. “We are creating a broad and inclusive writing community spanning different modalities, languages, and subject areas.”

One of the goals of the program is to not only create better writers, but to make students more generous and empathetic communicators, Sawhney said.

“We humans are storytelling creatures, and creative writing courses help us figure out which stories we need to tell about the world, or ourselves, and how we can tell these stories more effectively,” Sawhney said. “They demonstrate the magic of learning and growing collaboratively, not just on one’s own. Writing courses help students learn patience, persistence, and discipline. They acquaint them with the process-oriented nature of writing, and they provide students with tools so that they can develop their own systems and processes to tackle large projects of any kind. The skills students develop in creative writing courses serve them in every other realm of the university and throughout their adult lives.”

The program was made possible through the generous support of John Shapiro ’74 and Shonni Silverberg ‘76.

Mahogany L. Browne is the Executive Director of JustMedia, a media literacy initiative designed to support the groundwork of criminal justice leaders and community members. This position is informed by her career as a writer, organizer, & educator. Browne has received fellowships from Agnes Gund, Air Serenbe, Cave Canem, Poets House, Mellon Research & Rauschenberg. She is the author of recent works: Chlorine Sky, Woke: A Young Poets Call to Justice, Woke Baby, & Black Girl Magic. Browne is the founder of the diverse lit initiative, Woke Baby Book Fair; and is excited about her latest poetry collection. I Remember Death By Its Proximity to What I Love is a book-length poem responding to the impact of mass incarceration on women and children. She is based in Brooklyn and is the first-ever Poet-in-Residence at Lincoln Center.​

Merve Emre is associate professor of English at the University of Oxford. She earned a BA from Harvard and a PhD from Yale. She is the author of Paraliterary: The Making of Bad Readers in Postwar America (Chicago: University of Chicago Press, 2017), The Ferrante Letters (New York: Columbia University Press, 2019), and The Personality Brokers (Doubleday: New York, 2018), which was selected as one of the best books of 2018 by the New York Times, the Economist, NPR, CBC, and the Spectator, and informs the CNN/HBO Max documentary feature film Persona. She is the editor of Once and Future Feminist (Cambridge: MIT, 2018), The Annotated Mrs. Dalloway (New York: Liveright, 2021), and The Norton Modern Library Mrs. Dalloway (New York: Norton, 2021). She is finishing a book titled Post-Discipline: Literature, Professionalism, and the Crisis of the Humanities (under contract with the University of Chicago Press) and writing a book called Love and Other Useless Pursuits (under contract with Doubleday US / Harper Collins UK). She is a contributing writer at The New Yorker. Her essays and criticism have appeared in publications ranging from The New York Review of Books, Harper’s, The New York Times Magazine, The Atlantic, and the London Review of Books to American Literature, American Literary History, and Modernism/modernity. In 2019, she was awarded a Philip Leverhulme Prize. In 2021, she was awarded the Robert B. Silvers Prize for Literary Criticism and the Nona Balakian Citation for Excellence in Reviewing by the National Book Critics Circle. Her work has been supported by the Whiting Foundation, the American Academy of Arts and Sciences, the Leverhulme Trust, the Social Sciences and Humanities Research Council of Quebec, and the Institute for Advanced Study in Berlin, where she was a fellow from 2021-22. In 2022, she is serving as one of the judges of the International Booker Prize.

Born in Actopan, Mexico, in 1970, Yuri Herrera studied Politics in Mexico, Creative Writing in El Paso and took his PhD in literature at Berkeley. His first novel to appear in English, Signs Preceding the End of the World, was published to great critical acclaim in 2015 and included in many Best-of-Year lists, including The Guardian‘s Best Fiction and NBC News’s Ten Great Latino Books, going on to win the 2016 Best Translated Book Award. He is currently teaching at the Tulane University, in New Orleans.

previousZwelling Remembered for Teaching Jewish Studies at Wesleyan for 43 Years