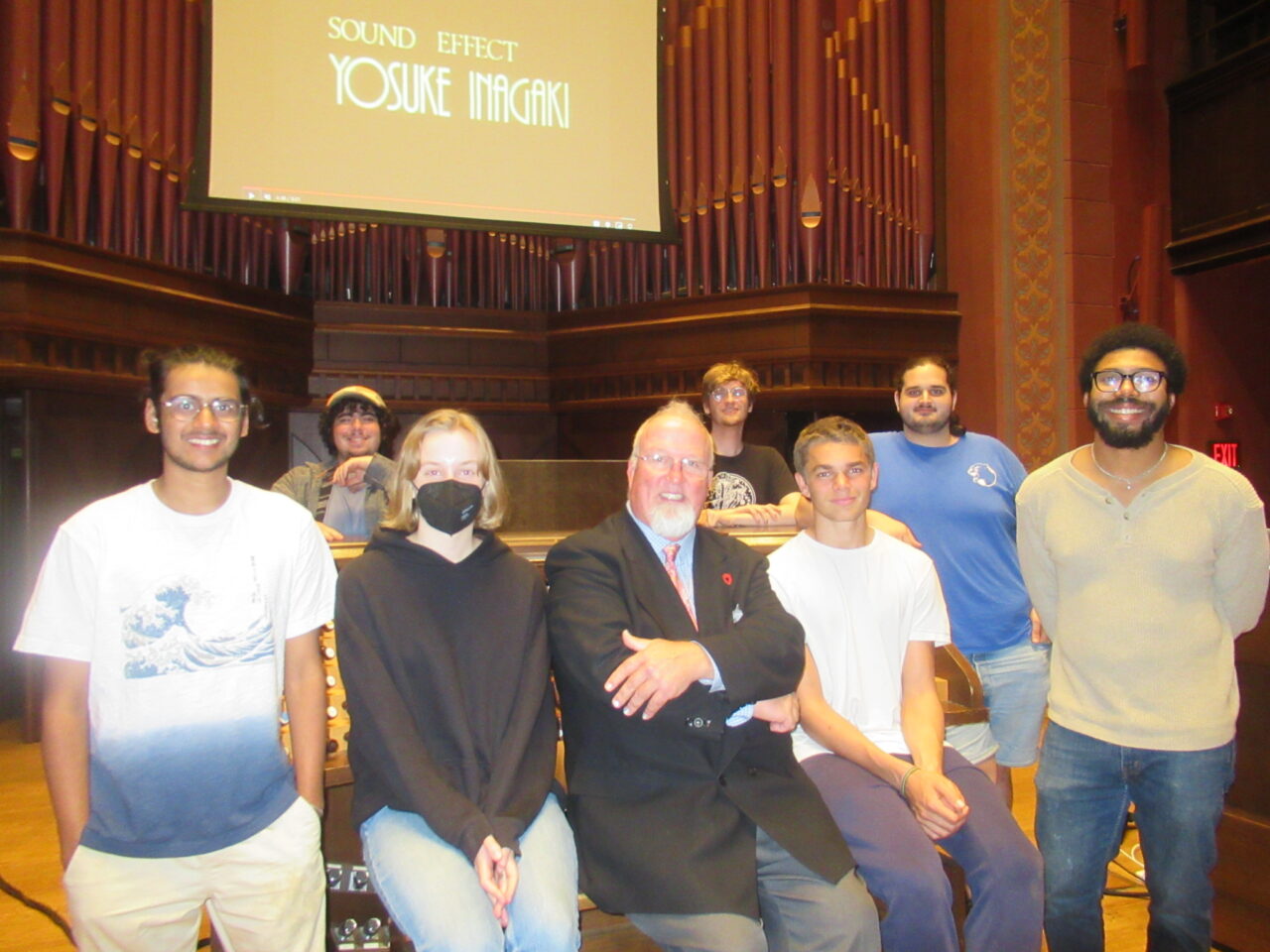 It is important, if you are improvisationally accompanying a silent film on an organ, to not detract from the theme on screen.

Peter Krasinski, a renowned secular and sacred organist, taught this and other lessons on Thursday night at Memorial Chapel during a masterclass with students of Alcee Chris, assistant professor of music.  Chriss had his students each choose silent films to accompany during the masterclass.

The silent films organists accompany are rarities in themselves, with 75 percent of the genre having been lost, according to the Library of Congress.

Chriss, also an organist but inclined towards jazz and gospel, called Krasinski “one of the great pedagogues of improvisation.”

Krasinski did not begin as an improvisor. Though it was part of the French Catholic Romantic tradition, Krasinski said, it was not part of his early tutelage. Even when it became his career, it took him years to win the annual American Guild of Organists improv competition. Krasinski is now a “Maestro,” Chriss said.

Charlie Kauffman ‘24 played first to a 1907 film, “Dancing Pig.” The dancing pig was presumably a human in a pig costume, given the nimbleness with which it fought and then was undressed by and then rhythmically celebrated with a woman in a lacey gown and Edwardian hat.

After dancing synchronously with sticks with tendrils, the woman grabbed the pig’s tail and paraded it in circles. Both then exited through a curtain center stage. The pig reentered bride-like, as the woman tapped and lifted chiffon layers from the pig’s skirt.

Accordingly, not detracting from the theme on screen, Kauffman played a waltz. “Dissonance makes things interesting,” Krasinski said to Kauffman, to suggest experimenting with melodies and note intervals while improvising.

“Salvation is only a half-step away” Krasinski said, quoting another renown organist.

Audrey Nelson ’25 played next to “The Tipsy Playboy of One AM,” a Charlie Chaplin film. After getting his foot stuck in a taxidermied big cat, Chaplin climbs a flight of stairs, falls down those stairs after getting struck by the pendulum, passes through the doorway the pendulum is guarding and, after more antics, lies in bed, drunk.

Even before the pendulum had entered the frame, Nelson had been pedaling to its visual rhythm. Krasinski also noted Nelson’s Madrigalisms, her notes climbing as Chaplin did. On a page she had written moods for certain times stamps. It is a wide practice in the improvisational organ community, which had Chriss suggested to his students.

Nelson’s page reminded Krasinski of the thick book titled “Motion Picture Moods for Pianists and Organists,” a 1924 copyright republished in 1974, that he had brought to show the students. “It is for people with no improvisation skill to accompany movies,” Krasinski explained.

“This collection is meant to do away with the aforesaid haphazard collection of music and its use for synchronizing pictures,” wrote Erno Rapée in the foreword.

Lampton Enochs ’25 played next to a Takashi Ito film, contemporary and experimental and the first with color. Asa Schiller ’25 followed with “Metropolis,” a German expressionist science-fiction drama about life forces in robots.

Krasinski played for the first time after Schiller, to the movie which he has accompanied many times. “Sparseness is difficult, but it is always the right choice,” Krasinski said. To accompany the mad scientist scene, sound had to be saved so the pipes could explode more emphatically when it came time.

Omri Riss Chbarbi ’25 played last to “The Evocation of Mephisto” from 1926. While Krasinski had stood back for the other students, he joined Riss Chbarbi, changing the registrations with his hands and feet. The air from the pipes sounded just as it should for a silent film adaptation of Johann Wolfgang von Goethe’s “Faust.”