Kurtz Works with Wesleyan Alumni at MINDS Foundation in India While in India, Kurtz joined Lennox Byer ’12, director of programs, to enhance current programming and develop a social/vocational skills rehabilitation program for patients. Kurtz is developing this program using his research experience gained through social skills training programs he has developed for patients with Schizophrenia in Connecticut. Kurtz is a MINDS Foundation board member.

The MINDS Foundation was founded in 2010 by Raghu Appasani ’12.

In this video, Matthew Kurtz, associate professor of psychology, neuroscience and behavior, talks about his research on cognitive remediation – one of several newer psychological treatments for schizophrenia. He discusses the promising results he and his Wesleyan students have observed working with patients at the Institute of Living in Hartford, Conn. 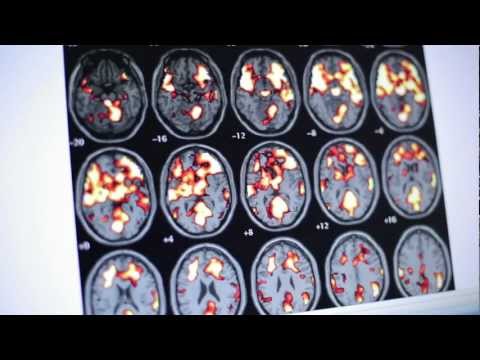 Matthew Kurtz, associate professor of psychology, associate professor of neuroscience and behavior, has published an article in the March 2013 issue of Scientific American Mind magazine. Kurtz, who studies schizophrenia, writes about the less-well-known symptoms of the disease, which include cognitive and social deficits. These troubles make it difficult for people with schizophrenia to maintain meaningful relationships, hold jobs and live independently. Sadly, drugs used to treat the hallucinations and delusions in schizophrenia do nothing to improve patients’ quality of life in these other areas.

In the article, Kurtz describes some of the new psychological interventions shown to improve cognitive and social skills in people with schizophrenia. One such therapy, called cognitive remediation, uses computer software or paper-and-pencil exercises to improve patients’ ability to concentrate, remember, plan and solve problems. Other treatments, called social cognitive or “social skills” training programs, work to improve social skills by helping patients to decipher emotional cues and take another person’s perspective. Remarkably, these therapies appear to create visible changes in brain activity.

The full article can be viewed online (a fee applies for non-Wesleyan-network readers).

In addition, Kurtz, together with students in his lab, recently had two academic papers on schizophrenia published.

Also, on Feb. 1, Kurtz, Rose and neuroscience and behavior major Rachel Olfson ’14 had a paper, “Self-efficacy and functional status in schizophrenia: Relationship to insight, cognition and negative symptoms,” published in Schizophrenia Research. The authors studied the role of self-efficacy—defined as  one’s belief in his or her ability to accomplish a goal–in helping explain the relationship of cognition and negative symptoms to outcome in schizophrenia.  They found that self-efficacy only plays a role in outcome in patients with good illness insight. When illness insight is poor, self-efficacy has minimal value as a meaningful psychological construct explaining outcome in the disease.

Learn more about Kurtz’s research in this Wesleyan video.

A resource for practicing neuropsychologists, clinical psychologists, psychiatrists and neuropsychiatrists, as well as students of these disciplines, the volume provides knowledge and tools for providing professional neuropsychological services to patients with schizophrenia. It offers an overview of developmental models of schizophrenia and associated neuropathologies, and covers contemporary evidence-based assessments and interventions, including cognitive remediation and other cognitive-oriented interventions.

I want to start by thanking the class of 2012 for inviting me to speak at this baccalaureate celebration and permitting me to be part of these festivities. I am so happy for all of you! It’s been an honor for me to see you all mature over the past 4 years, see you become more confident in your ideas and thinking, more poised and subtle in the expression of your ideas, and more skilled in interacting with those around you, and watching students used to relaying the ideas of others, become adept at formulating their own ideas
This has been a class of many success stories, stories of individual accomplishment but this is the case with just about all Wesleyan classes. What makes this class so remarkable, and perhaps to some extent unique in its history, are the number of new non-profit organizations targeted at helping those in need around the globe—this class has helped turn Wesleyan into a truly global university.

I. Accomplishments- The formation of the MINDS organization. Started by a devoted cadre of highly committed class of 2012 students Raghu Appasani, the organization is dedicated to both the identification of and intervention with people with severe mental illness in rural India—severe depression, bipolar illness, schizophrenia and substance abuse.

END_OF_DOCUMENT_TOKEN_TO_BE_REPLACED

The grant, titled “Cognitive Remediation for Nicotine Dependence” involves adapting cognitive training procedures developed for use in schizophrenia, for addressing the temporary deficits in memory that often accompany smoking cessation in long-term users and that also predict relapse.

The project, part of a collaboration between Wesleyan and the University of Pennsylvania, is lead by Dr. Caryn Lerman, director of the Tobacco Use Research Center at Penn’s School of Medicine.  It will help support Kurtz’s work through June 30, 2015.

Matthew Kurtz, associate professor of psychology, associate professor of neuroscience and behavior, is the author of “Treatment approaches with a special focus on neurocognition: overview and empirical results,” published in Understanding and Treating Neuro- and Social-Cognition in Schizophrenia Patients, in 2010 and “Compensatory Strategies; Insight: Effects on Rehabilitation; Rivermead Behavioral Memory Test,” published in Encyclopedia of Clinical Neuropsychology, New York: Springer, 2010.

Wesleyan has announced the following promotions of faculty, effective July 1, 2010:

During the academic year, the Wesleyan Board of Trustees maintains an ongoing process of tenure case consideration. During its most recent review, the Board awarded tenure to one faculty member effective July 1, 2010.

Michael Singer, associate professor of biology, was appointed assistant professor at Wesleyan in 2004. Previously he was postdoctoral fellow at the University of Arizona’s Center for Insect Science, in Tucson.

Singer’s research examines the evolutionary ecology of tri-trophic interactions between plants, herbivores and carnivores. In considering

END_OF_DOCUMENT_TOKEN_TO_BE_REPLACED Quality-of-life for patients with Schizophrenia has been recognized as a crucial domain of outcome in schizophrenia treatment, and yet its determinants are not well understood.

Arielle Tolman ’10, who studied “Neurocognitive Predictors of Objective and Subjective Quality-of-Life in Individuals with Schizophrenia: A Meta-Analytic Investigation” as her senior honors thesis, will have the opportunity to share her research with other scientists interested in schizophrenia. This month, the editors of  Schizophrenia Bulletin accepted Tolman’s paper for publication in an upcoming edition.

“This is a real achievement, particularly at the undergraduate level,” says the paper’s co-author and Tolman’s advisor Matthew Kurtz, assistant professor of psychology.

Although other researchers have demonstrated that “quality-of-life” is not a uniform construct, Tolman conducted the first meta-analytic study

END_OF_DOCUMENT_TOKEN_TO_BE_REPLACED END_OF_DOCUMENT_TOKEN_TO_BE_REPLACED

During the academic year, the Wesleyan Board of Trustees maintains an ongoing process of tenure case consideration. During its most recent review, the Board awarded tenure to two faculty effective July 1, 2010.

Matthew Kurtz, associate professor of psychology, was appointed assistant professor of psychology at Wesleyan in 2007. Previously, he has held appointments at the Institute for Living in Hartford, Trinity College, Hartford Hospital, the University of Pennsylvania, the Kessler Institute for Rehabilitation and Columbia-Presbyterian Medical Center. He has been awarded numerous grants from the National Institute of Mental Health, Hartford Hospital and NARSAD.

His research focuses on schizophrenia, specifically the neurocognitive and psychosocial deficits of individuals diagnosed with the disease. His work has important clinical applications through the development of rehabilitation and treatment strategies that can enhance the success of those individuals in everyday life. Significantly, his research approach isolates the different ways in which the range of learning potentials among schizophrenic patients are affected so that treatments can be more effectively targeted. Kurtz has published 29 articles in peer-reviewed journals.

Her research addresses issues of globalization, gender, and the post-colonial experience within the large framework of French-language literary fiction. Her book, Le Corps mondialisé: Marie Redonnet, Maryse Condé, Assia Djebar (Paris, Harmattan, 2007), analyzes the fiction of three authors from France, North Africa, and the Caribbean, engaging them together as a way of bridging French studies and francophone studies in the context of globalization. She is also author of several articles and book chapters.

Leservot completed her undergraduate studies in English literature at Caen University (France), and earned her M.A. and Ph.D. in Romance Languages and Literatures at the University of North Carolina, Chapel Hill.

As the Board continues its practice of reviewing additional cases for tenure throughout this academic year, more announcements may be forthcoming.

Matthew Kurtz, assistant professor of psychology, was interviewed and quoted in a Feb. 10 issue of Medscape Medical News. The article is titled “Mixed Results for Computer-Assisted Cognitive Remediation in Schizophrenia.”

Although computer-assisted cognitive remediation can help patients with schizophrenia improve their performance on training tests, these improvements do not generalize to broader neuropsychological or
functional outcome measures, according to new research. The remediation program study is published in the February issue of the American Journal of Psychiatry.

“I thought this was a very well-conducted study with a strong sample size and paradoxical findings,” Kurtz says in the article. “It’s an area of research that has garnered a lot of attention in the field lately, and most of the results have been positive. The fact that they’re reporting negative findings is very important.