Steve Stemler, assistant professor of psychology, says that acquiring Practical Intelligence is vital for new teachers because roughly 50 percent of new teachers are out of the profession within their first five years of entering it.

Sure, first-year teachers need to be masters of their subject material and their classrooms, but to be truly effective in that first year and beyond teachers also have learn one vital skill: avoiding “bad” decisions.

“Novice teachers, in particular, don’t necessarily need to make good decisions right away, but what they must develop is the tacit knowledge to identify what a bad decision or bad response may be. That may sound easy in theory, but when you consider all of the challenges  that come from outside the classroom such as administrative duties, dealing with colleagues and dealing with parents, it becomes much more difficult,” says Steven Stemler, assistant professor of psychology.

Stemler is the co-author of a new study titled “The socially skilled teacher and the development of tacit knowledge,” which has been published by the British Educational Research Journal. The study spent a year looking the levels of effectiveness experienced by more than 500 teachers in England. The researchers found that the most successful teachers were those who developed the “tacit knowledge” of how to handle situations both inside and outside of the classroom that directly affected their jobs. The results suggest that those who did not acquire such tacit knowledge may be setting themselves up for long-term difficulties within their profession. 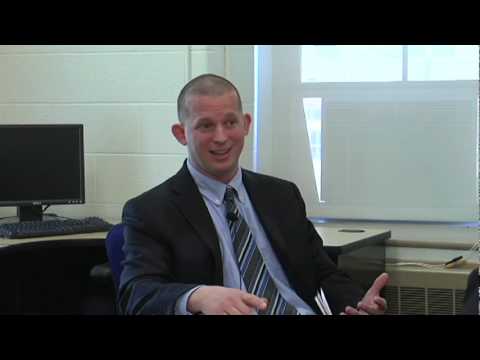 Stemler’s investigation into tacit knowledge is part of a broader based research initiative aimed at looking at something he and fellow investigators label “Practical Intelligence in Teaching,” which they believe is a vital component in assessing overall teacher competence and success.

“In general, Practical Intelligence involves two components,” Stemler says. “The first is tacit knowledge, which is knowing how to successfully deal with daily situations and components of the job that teachers were never specifically trained to handle.”

This can be something as simple as how to dress for the classroom to such complex things as managing relationships with peers and administrators to dealing with parents. 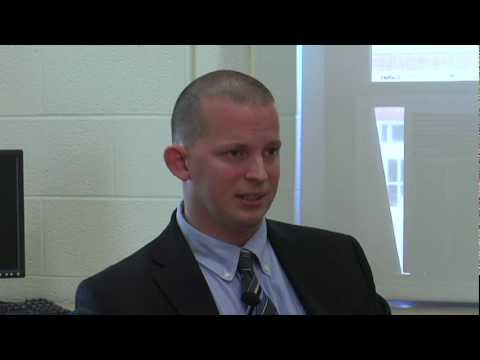 The other important component in Practical Intelligence is teacher behavior.

“Behavior points to decision-making and its execution,” Stemler says. “In many cases, teachers know the right course of action in a given situation, but what they do next because of, or despite, this knowledge is what determines the behavioral component. Although knowing what to do does not necessarily guarantee that you will do it; not knowing what to do is certain to lead to worse behavioral decisions. So acquiring this tacit knowledge is only a first step, but an important first step. ”

The idea behind studying Practical Intelligence is to get at the root of what really defines effective teachers. Many programs such as the Bush Administration’s “No Child Left Behind,” the Obama Administration’s “Race to the Top” and even to some degree Teach for America measure teacher excellence by the very broad term “student achievement.”

“Unfortunately, student achievement is usually quantified through scores on standardized tests,” Stemler says. “There are a variety of factors that impact student achievement that lie well outside the control of teachers. These factors include student motivation, resources and support in the home, etc. Although test scores are certainly one indicator of teacher effectiveness, it is a mistake to rely too heavily on them in judging teachers. There are many other important factors that should be considered that are within a teacher’s direct control.”

Stemler and his fellow researchers decided to look for a more comprehensive way to evaluate teachers. What they settled on is a more expansive set of standards culled from a survey of teacher of the year award criteria.

A large sampling of these awards revealed three main components that almost all the awards have in common:

– Pedagogical Orientation: Do the teachers demonstrate mastery of  their subject material and classroom teaching techniques?

– Professional Orientation: Are teachers active and engaged in school life beyond the classroom, or do they just go home at the end of the school day?

While many teacher training programs focus on the first two components, Stemler and his colleagues realized that almost no time is spent on social orientation skills, especially practical intelligence and tacit knowledge.

“The skills we looked at are no less important, at least when considered for overall teacher of the year criteria, but first year teachers were receiving little or no formal training regarding these skills,” he says.

The research team decided to try to measure the acquisition of these skills during the first year of secondary school teacher trainees and see if it affected other components of the teachers’ performance. The study, which took place in The United Kingdom, had more than 500 first year teachers fill out a survey before their first day of training. The survey was based on components of tacit knowledge culled from a survey of more experienced teachers – most who had been in the profession more than five years. At the end of their first year, the new teachers were asked to fill out the same questionnaire.

The results offered some important insights and surprises.

“We found that many of the first-year teachers did in fact gain substantial tacit knowledge during their first year, even though there was no formal instruction in this,” Stemler says. “But what was really interesting was that many of the teachers didn’t learn how to do some things well as much as they learned what to avoid to keep from doing a bad job on a given task or interaction.”

The outcome led Stemler to consider a that practical intelligence may not be as much about what others insisted it was – an ability to choose a strategy that will create a new level of success – as much as it could be about simply learning what situations to avoid that might create failure.

“It was less about maximizing ability and creating success and was more about learning how to avoid potential landmines,” Stemler says.

Stemler says that acquiring Practical Intelligence is vital for new teachers because roughly 50 percent of new teachers are out of the profession within their first five years of entering it. And yet the idea that this rate is a product of the stress of classroom teaching is not accurate.

“Most of the people who leave indicate that it was all the other things outside of the classroom, including dealing with administrative duties, administrators and parents, that comprise the bulk of explanation to seek another career,” Stemler says. “The teachers who leave generally felt most comfortable and confident while they were teaching. It’s a lot of these other factors beyond the student-teacher relationship that are driving teachers away.”

Stemler hopes that this study will pave the way for more inquiry in Practical Intelligence among teachers, including one that takes what they’ve learned and introduce a second component in a future study.

“The teachers who experienced an improvement in tacit knowledge did so without any instruction in it specific to their workplace,” Stemler says. “I’d like to take the next step and provide that instruction over the first year to see if it would improve their acquisition of tacit knowledge to a greater and more effective degree.”

Stemler adds that the study opens the door for further research that can help the Race to the Top Program identify ineffective teachers beyond the measure of student outcomes.

“One of the major concerns with the public school systems across the nation seems to be the perceived prevalence of teachers who are ‘not great’ or even ‘not  very good.’ I think it is a relatively small percentage of teachers within the context of the entire education system, but it is a big problem. The kind of tests we have developed can provide another effective way to identify these teachers so they can be offered additional training or removed from the system. We’d love to undertake a study that can help this program and others refine these measurements as an important tool in the ongoing efforts to improve the education of our children.”

The full study can be found at the British Education Research Journal. Stemler was featured in a past Wesleyan Connection.