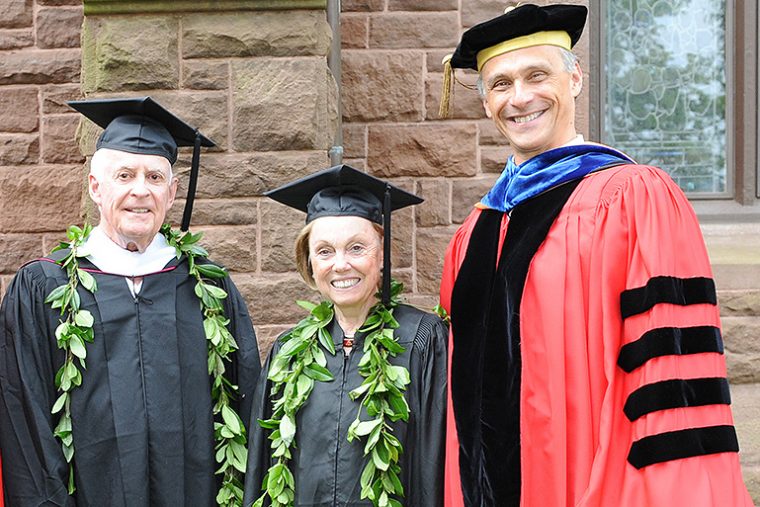 During the 185th commencement ceremony on May 28, John ’62 and Gina Driscoll were honored with the Raymond E. Baldwin Medal, the highest award of the Alumni Association. John and Gina have each provided exemplary service to Wesleyan for more than three decades, during which they have been truly remarkable ambassadors of goodwill. Among Freeman Asian Scholars, their names are synonymous with devoted friendship and unstinting support. For many years the Driscolls traveled extensively throughout Asia with the late Houghton “Buck” ’43 and Doreen Hon. ’03 Freeman P’77 to interview prospective Freeman scholars. The Freeman Driscoll Endowed International Scholarship was named in their honor.