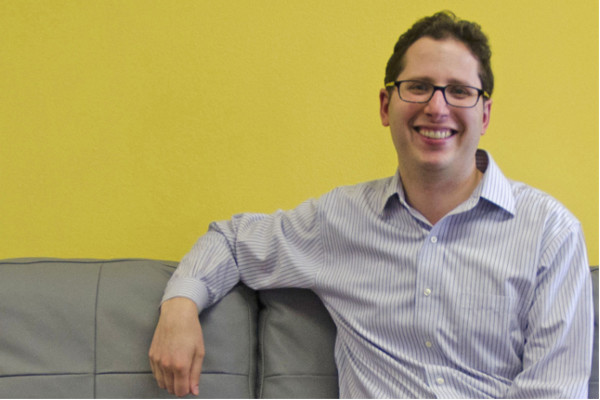 David Lubell ’98, founder and executive director of Welcoming America, was recently named the 2017 recipient of the prestigious Charles Bronfman Prize, which “recognizes young humanitarians whose work is inspired by their Jewish values and is of universal benefit to all people.”

Welcoming America is a non-profit organization that helps communities across the United States become inclusive to immigrants and refugees. Created in 2009, the organization has developed an award-winning social entrepreneurship model, using a local approach to ease tensions and build understanding between new and long-time residents. As rapid demographic shifts are changing communities, Lubell’s nationwide network helps newcomers of various backgrounds to fully participate alongside their neighbors – socially, civically and economically.

”As a Jewish American, nothing could make me feel more connected to my values, and to my history, than working to welcome immigrants and refugees to this country,” Lubell says on the Bronfman Prize website. “One of Judaism’s central teachings is to ‘welcome the stranger,’ to offer shelter to those in need and to accept those who we perceive to be different from us.”

In a June 19 Forward article titled “David Lubell: A Mensch For Refugees And Immigrants,” Lubell explains how his engagement with social justice practices began at a young age, when he volunteered at a homeless shelter in middle school, and continued on through college:

Lubell devoted himself to aiding the homeless, efforts he continued as a student at Wesleyan University. He started the student organization Students for Affordable Housing in Connecticut, which Lubell credits with leading him to “look at systemic challenges and work towards systemic solutions.”

Returning from volunteering abroad in Ecuador in 1999, Lubell found himself in Tennessee at a time when the immigration population in the state was quickly growing. Here, he began to lay the groundwork for what would eventually become Welcoming America:

In Nashville, “the climate for immigrants had just gotten progressively worse,” he said. “On the state and local levels, the hate crimes and damaging rhetoric made me want to address the root causes of that backlash and figure out what was causing that fear of immigrants.” Lubell began working within communities to cultivate relationships among immigrants and long-standing residents.

What sets Welcoming America apart from similar nonprofits is its approach to creating a “culture of welcome” by not only providing resources for newcomers, but also working to replace the fears and prejudices of deep-rooted members of the community:

“Most groups that work with immigrants and refugees focus on English classes, job training, housing, which makes sense.” Lubell said. “But our whole idea is that if you put a seed in the garden, but the soil is not fertile, it’s not going to grow. So we were focused on the soil when nobody else was. We worked towards reducing the fears of longtime residents” . . .

Welcoming America’s ultimate goal, Lubell says, is to create a tipping point where communities feel compelled to join its efforts. “We want to be in every community in America,” he declared.