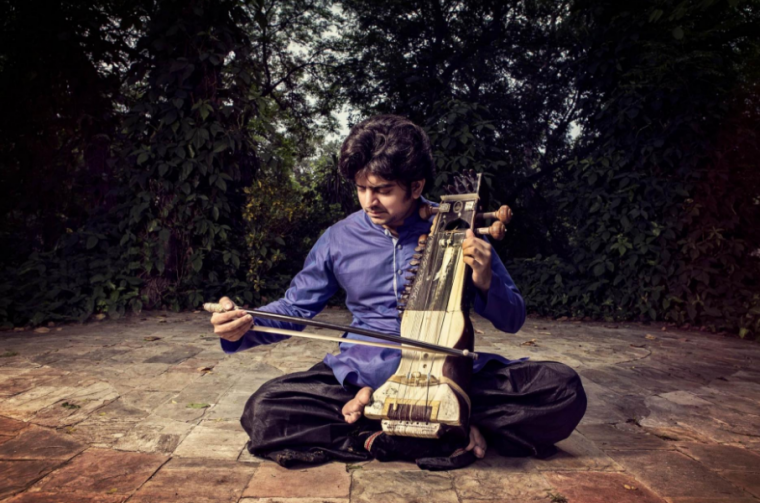 This summer, graduate student Suhail Yusuf Khan and his band Yorkston Thorne Khan are performing in music festivals around the world.

The band is comprised of Khan, a sarangi violinist and a vocalist of Indian classical music; James Yorkston, a folk singer and guitarist; and Jon Thorne, a jazz bassist.

Yorkston, Thorne and Khan performed at the Glastonbury Festival June 25 in Somerset, England. Afterwards, the group was mentioned in The Telegraph‘s “10 highlights” article written by Alice Vincent:

While it’s easy to stumble upon a whole new field or an excellent hidden bar at Glastonbury, the best festivals give you a couple of artists to go home and listen to afterwards. And Yorkston, Thorne and Khan, the Indian-folk/jazzy trio, collided to give a wig-out that rang beautifully over it all, Suhail Yusuf Khan’s vocals concertinaing over a jam so deeply felt it was as if you were observing a particularly good band practice. I don’t know the song name, I’ve barely heard of the band, but I’ll be playing them at home the minute I get there.

Skepticism was the formation of James Yorkston / Jon Thorne / Suhail Yusuf Khan: a folk singer and guitarist, a jazz bassist, a sarangi violinist and a vocalist of Indian classical music. The booming world music market produces indeed multicultural soups of the flavors Bockwurst / Sushi / Cardamom, but these three turned out to be the highlight of the festival.

previousO'Connell, Gilmore Elected to Positions with Geological Society of America