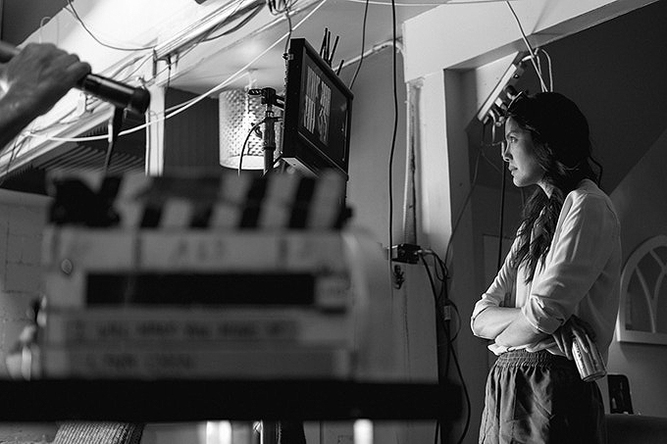 Already an actor and blogger, Lynn Chen ’98 is now also a director, with her first feature film, I Will Make You Mine. She wrote about the experience for Filmmaker magazine: “I Just Finished Directing My First Feature Film, Why Do I Feel Like I Have Post-Partum Depression?”

The editors note that these low feelings are common for first-time directors but not frequently discussed. Chen, however, is an activist—the ambassador for the National Eating Disorders Association since 2012—and not afraid to tackle emotional content and bring taboo topics to the forefront.

“When I was a women’s studies/music double major at Wesleyan in 1998, I found very little crossover academically and had to carve my own way through that degree,” recalls Chen. “Now, 20 years later, I’m carving my own way again.”

In the Filmmaker essay, she explains:

About a year ago I started writing my first feature, ‘I Will Make You Mine,’ which I planned to produce, direct, and act in. This is the second sequel to the “Surrogate Valentine” movies I starred in by filmmaker Dave Boyle. I chose to take the same characters and tell the story, six years later, from the female perspective. I spent several months living in the heads of these women, thinking about what it means to grow older, revisit your past, and feel hope again.

Over the summer we filmed the first half of the movie, and despite the drama that comes with any film production, I felt more excited, passionate, fulfilled, alive (and any other positive adjective used to describe feelings) than I ever had before. Yes, I was truly happy. And I don’t care what all the self-help gurus say – that happiness was everything. On the last day, I was still on that high. Until a few hours after we wrapped, when it all came crashing down.