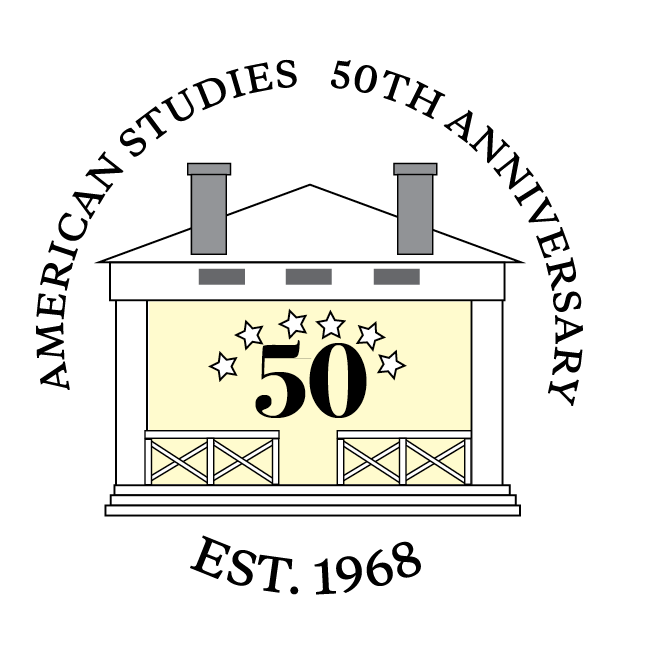 Fifty years ago, Richard Slotkin, Olin Professor of English, Emeritus, founded American studies at Wesleyan University. As he recounted last year while speaking on campus, “We were doing what was not yet called cultural criticism: studying all the manifestations of American culture to understand the ideological fictions through which American nationality had historically been constituted. We were part of a revisionist wave that departed from the established form of American studies, which tended to celebrate American exceptionalism.”

American Studies at Wesleyan sponsored the first courses in women’s studies, cosponsored some of the first African American studies courses, and supported the development of film studies by sharing courses and faculty. Since then, the department has been at the forefront of interdisciplinarity with a focus on diverse topics of political urgency. In 2011–12, the Education Policy Committee approved the request that American Studies be elevated from a program to departmental status.

To honor the department’s anniversary, the Wesleyan community celebrated on Nov. 2 with an event titled “American Studies Takes on the World: Celebrating Wes AMST @ 50.”

“Celebrating Wes AMST” celebrated the department’s legacy with select luminaries discussing the state of the field, and AMST alumni presenting their cutting-edge work.

Panel I: Legacies: Cultural Politics, Intellectual Activism, and the Promise of American Studies

“American Slavery Past and Present: Some Reflections on the Nonevent of Emancipation,” Max Mishler ’04, assistant professor of history at the University of Toronto and postdoctoral fellow in the Society of Fellows at Columbia University

“Race and Mobilities: Theorizing Racial Formation of Syrians ‘On the Move’ in the Early 20th Century,” Randa Tawil ’09, PhD candidate in American studies at Yale University