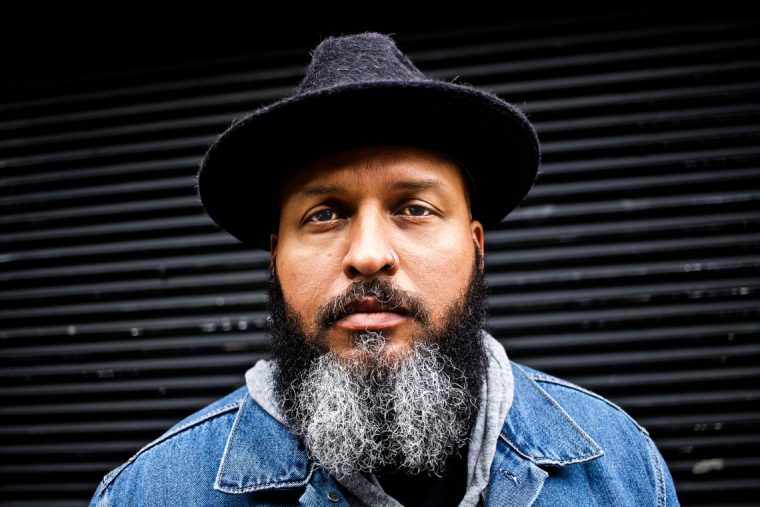 New poetry by John Murillo, assistant professor of English, is published in the Feb. 2019 issue (Volume 48, No. 1) of American Poetry Review. Murillo also is featured on the publication’s cover page.

Murillo wrote the poem in part as a reflection on police-community relations since the 1992 riots in Los Angeles, and partly as a response to the killing of two NYPD officers and subsequent suicide of 28-year-old Ishmael Brinsley. On Dec. 20, 2014, Brinsley shot and killed Brooklyn officers Rafael Ramos and Wenjian Liu, before fleeing the scene and ultimately shooting himself on a subway platform. His attack on the officers was reportedly motivated by the rash of police killings of unarmed black people nationwide. Coincidentally, while Brinsley was carrying out his attack, poets were gathered in New York’s Washington Square Park to read poems in protest of said killings.

A sample of the poem is below:

He thought a prayer and a pistol grip
enough to get it done. Enough to get
him free. Get free or, dying, try. To stop
the bleeding. Blood on leaves, blood at the root.
I didn’t root, exactly, when I heard
word spread. Word that he crept up, panther like,
and let loose led. A lot. Before he fled
the spot, then somewhere underground, let kick
his cannon one last time. “One Time,” our name
for cops back at the crib. It had to do,
I think, with chance. Or lack of. Chickens come
to roost? Perhaps. I didn’t root. Per se.
But almost cracked a smile that day. The news
like wind chimes on the breeze. Or shattered glass.

Murillo is the author of the poetry collections, Up Jump the Boogie (Cypher, 2010), a finalist for both the Kate Tufts Discovery Award and the Pen Open Book Award, and Kontemporary Amerikan Poetry (forthcoming from Four Way Books, 2020). His honors include a Pushcart Prize, the J Howard and Barbara MJ Wood Prize from the Poetry Foundation, and fellowships from the National Endowment for the Arts, the Bread Loaf Writers Conference, Fine Arts Work Center in Provincetown, Cave Canem Foundation, and the Wisconsin Institute for Creative Writing. His work has appeared in Ploughshares, Poetry, Prairie Schooner, and Best American Poetry 2017.