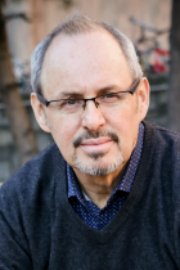 Jorge Arévalo Mateus PhD ’13 is a lead scholar on a developing plan for The New York State Archives. The plan will focus on the collection and preservation of, as well as accessibility to, records involving under-documented topics and communities.

Arévalo Mateus will guide the research process of the project, which will include surveys on collections and communities and regional meetings across the state. The project is one of the Documentary Heritage and Preservation Services for New York (DHPSNY), a statewide program that supports a network of library and archival repositories that contain New York’s historical records and is in conversation with other collecting institutions in the state.

“I am happy to serve as a lead scholar for this significant statewide project, one that I am certain will make a strong and lasting impact for the representation of all communities and their contributions to New York State history,” Arévalo Mateus said.

After receiving his PhD from Wesleyan in ethnomusicology, Arévalo Mateus served as head archivist and curator of the Woody Guthrie Foundation, curator of the Raices Latin Music Archives at Boys Harbor Inc., and archivist for the Louis Armstrong Archives at Queens College (CUNY). Along with his position at DHPSNY, Arévalo Mateus is executive director of the Association for Cultural Equity and the Alan Lomax Archives at Hunter College (CUNY), in partnership with the American Folklife Center for the Library of Congress. He has also worked in archives and college management and as a development consultant for several public and private sector organizations and nonprofits in New York City.

DHPSNY announced the launch of the new multiyear documentation planning project, as well as Arévalo Mateus’s hiring, in December.