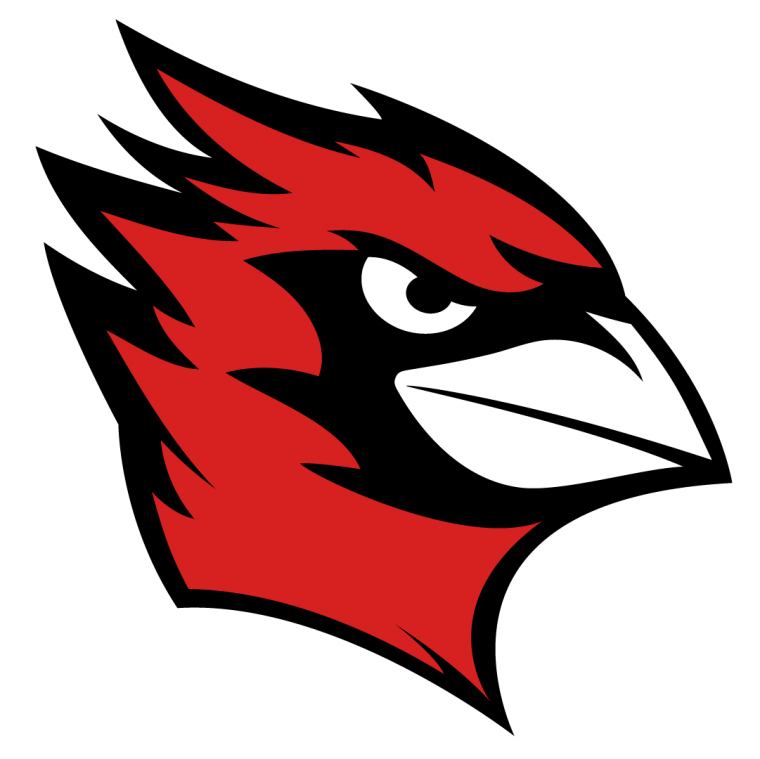 On Aug. 15, Wesleyan unveiled a new Cardinal—a modern and bold bird that looks to our future while paying tribute to our past.

The new Cardinal is being introduced in connection with the University’s core messaging project, which has been rolled out over the past year. It is part of an overall updated look and feel for Wesleyan Athletics, which captures the recent historic success of the program, and for the university as a whole. University Communications worked in close partnership with the coaching staff in designing the new Cardinal, and took input from faculty, staff, alumni, and students throughout the project.

“The previous Cardinal was developed in the early 2000s, long before digital and social media became dominant forms of communication. That mark was challenging to use in the digital realm, where vibrant and flexible graphics thrive,” explained Marketing Director Deb Katz. “With the refresh, the primary elements of the Cardinal were retained but modernized, bringing to life a modern and bold bird. More feathering was added to give the appearance of a cardinal in flight while reflecting the determined, powerful, and fierce spirit of the Wesleyan community. The eye of the Cardinal is wider to evoke our attitude of remaining focused on the goals we set out to achieve, both on and off the field.”

The updated primary Athletics logo features the fierce Cardinal integrated into a custom ‘W’ derived from the University’s Copernicus font, which ties it into the entire visual identity system. The updated logo distinguishes Wesleyan Athletics from other university teams, as well as professional organizations, and was designed with digital and mobile viewers in mind.

The new Athletics wordmark uses the University fonts – Copernicus and Replica – as a basis for its custom lock-up of “Wesleyan Cardinals.” “Wesleyan” is featured in Copernicus, which is a serif font, to keep with the academic tradition of the University, while “Cardinals” is customized with elements of the Replica font. Designers extended and angled the horizontal lines in the ‘A’ and ‘R’ to impart a feeling of forward motion and activity.

“I am very excited to introduce our new visual identity,” says Frank V. Sica Director of Athletics Mike Whalen ’83. “While I loved our old logos, they were not unique to Wesleyan. During the design process, we made it clear that we wanted to honor the deeply rooted traditions of Wesleyan Athletics, while establishing an exclusive set of modern logos. Our energized visual identity does exactly that, and I am truly looking forward to celebrating our continued successes with our updated look.”

In addition, a new “spirit mark,” the Cardinal head on its own, is being introduced for use by the whole University.

“It was clear over the years that faculty, staff and students were eager to use the Cardinal in non-athletic circumstances—think about the Athletics Cardinal that has appeared on t-shirts, soap dispensers, banners and vehicles around campus,” Katz said. “We chose to use that momentum and provide a spirit mark that could be embraced by the entire Wes community while giving Athletics its own unique mark.”

More information about the different marks and their uses can be found on the Visual Style Guide.

Wesleyan Athletics will have a pop-up store from Aug. 15 through Sept. 8, where exclusive athletic apparel featuring the new marks can be purchased.

We are Wes. We are Cardinals.