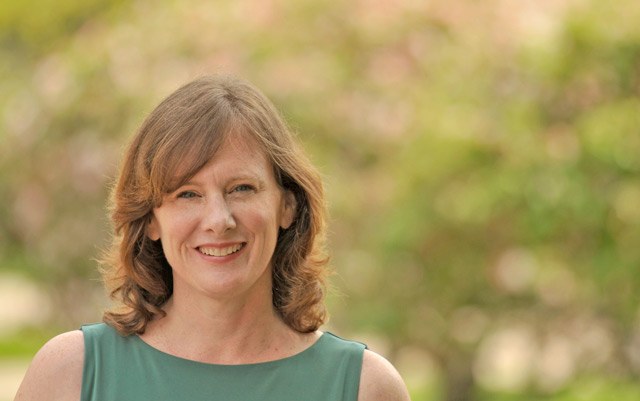 Jennifer Tucker, associate professor of history, is the author of two chapters in recently published texts. Additionally, a paper she wrote on early responses to chemical pollution was published in the journal International Labor and Working-Class History. With academic affiliations in feminist, gender, and sexuality studies, environmental studies, and Science in Society, Tucker’s work highlights her wide-ranging scholarly interests. She is also the co-editor of A Right to Bear Arms?: The Contested Role of History in Contemporary Debates on the Second Amendment published by the Smithsonian Institution Scholarly Press.

Tucker’s chapter, “James Forbes (1749–1819): A View of the Ocean, Between the Tropics (1765–1800),” appears in Britain in the World: Highlights from the Yale Center for British Art (Yale University Press, 2019). In this chapter, Tucker explores not only the qualities of Forbes’s watercolor (which appeared in volume nine of his 13-folio set), but also the appeal that the ocean’s inhabitants had for the British in the late-18th century. Noting that Britain was a naval power, Tucker reminds her readers that drawing would have been a way that passengers could while away their time aboard a ship. It was also an opportunity to categorize the variety of animals living in the ocean, and Tucker points out that Forbes’s work explores the ecological aspects of the interactions between species. “Although not a trained natural­ist, Forbes’s artworks express the wider fascination of the time in both the sheer abundance of oceanic life and the specificity of individual physical descriptions and nomenclature,” she writes.

In another book, Anton Pannekoek (1873–1960): Ways of Viewing Science and Society (Amsterdam: Amsterdam University Press, 2019), Tucker’s chapter, “Popularizing the Cosmos: Pedagogies of Science and Society in Anton Pannekoek’s Life and Work,” explores Pannekoek’s efforts to encourage both public and political engagement with astronomy, presenting it as a field that offered opportunities to visualize grand-scale societal progress. “Anton Pannekoek straddled both science and social criticism,” wrote Tucker. “[A]s a scientist, he was concerned with how we can learn about galaxies beyond our capacity to observe; as a socialist, he wondered how we can imagine and bring into being a better future society.”

In Tucker’s paper, “Dangerous Exposures: Work and Waste in the Victorian Chemical Trade,” published in the spring issue of International Labor and Working-Class History (95), she examines the towns in Britain where the first chemical factories were located in the 1800s in light of the early responses to pollution and its effect on society. Using archival sources, Tucker explores the use of visual imagery in making the connection between workers in the industry, waste disposal, and community health concerns. She writes: “[A]s the figure of the alkali worker entered public discourses in the mid-1890s in the writings and images of middle class reformers, it was waste—material, as well as human—that caught the eyes of reformers by the 1890s. As imagined in powerful words and images, the chemical worker’s body was transformed into an appendage of the industrial apparatus whereby their mental and physical health ‘wasted away’ with the chemical residue.”

nextPapers by Barth, Patalano, Others Published in Psychology Journals