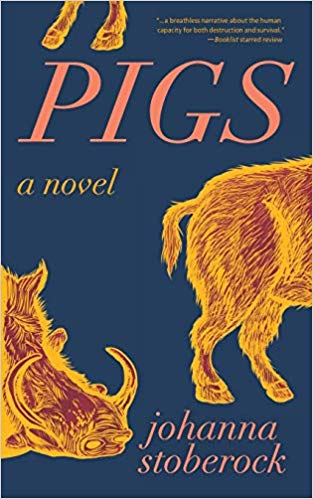 In the sixth of this continuing series, Sara McCrea ’21, a College of Letters major from Boulder, Colo., reviews alumni books and offers a selection for those in search of knowledge, insight, and inspiration. The volumes, sent to us by alumni, are forwarded to Olin Library as donations to the University’s collection and made available to the Wesleyan community. KK Ottesen ’94, Activist: Portraits of Courage (Chronicle Books, Oct. 8, 2019)
Ranging in age from 12 to 94 years old, the activists photographed and recorded in Activist: Portraits of Courage will inspire you to “dissent, disrupt, and otherwise get in the way.” They are those who took action on the Senate floor, on art museum walls, and in leading marches throughout city centers. In short, they are people who made difficult choices, out of hope for and faith in a better future. In this beautifully assembled book of portraits and stories, KK Ottesen ‘94 highlights 40 of the most influential, admirable change-makers of our time, following their journeys from the beginning. While each featured activist stood out and stepped up in a way that was unique to their talents and character, they all did so with the shared vision of justice and equality. This book comes at a time where it has perhaps never felt so relevant; yet upon further consideration, it seems to have always been exactly the inspiration we needed. Striking in its images and moving in its stories of change, Activist is an homage to the people who practice courage as a way of life.

KK Otteson ’94 is an author and editor who is a regular contributor to the Washington Post magazine. A government major at Wesleyan who earned an MBA at Yale University, she is the author of Great Americans (Bloomsbury 2003), which explored what it meant to be an American through interviews with ordinary citizens who shared a name with national icons. Johanna Stoberock ’92,  Pigs: A Novel (Red Hen Press, 2019)
On an island filled with reposited trash, four children live among pigs. In Pigs: A Novel—which has been compared to Golding’s Lord of the Flies and Orwell’s Animal Farm—Johanna Stoberock ’92 writes a tale that is disturbingly familiar in its outlandishness. The pigs on the island are insatiable and greedy, eating any filth or wreckage that comes to the island. But when a barrel washes up on the shore of the island with a boy inside, the carefully constructed dynamic between the children and the pigs is thrown into conflict. Though the premise is absurd, Stoberock grounds the novel in a multi-faceted emotional realness that permeates the narrative with tenderness and compassion. The reader may start to see themselves not only in the children who are just trying to get by, but also in the snouted characters, as the animality of the pigs is reminiscent of humans in late-capitalism at their worst, as well as at their most vulnerable. In a meditation on consumerism, community, and culpability, Pigs portrays some of the most frightening parts of being human today, while ultimately encouraging immersive empathy as a method of response.

Johanna Stoberock ’92, who majored in English and religion at Wesleyan, earned an MFA at the University of Washington. Her honors include the James W. Hall Prize for Fiction, as well as an Artist Trust GAP award. Her work has appeared in the New York Times and the Best of the Net anthology and other venues. She teaches at Whitman College.

Wendy Wickwire PhD ’83, At the Bridge: James Teit and an Anthropology of Belonging (UBC Press, 2019)
From a base of Spences Bridge, British Columbia, little-known ethnographer James Teit created a new form of participatory anthropology which allowed him to work with and advocate for Indigenous peoples in the area from 1884 to 1922. Despite his unquestionable innovation in the field of anthropology and dedication to ethical storytelling, Teit had almost disappeared from the historical record before Wendy Wickwire wrote At the Bridge: James Teit and an Anthropology of Belonging. In this impressive cobbling together of history, Wickwire crafts a stunning biographical portrait that not only secures Teit as one of the most influential anthropologists of his time, but also continues in Teit’s tradition of representing stories in their full complexity. Traversing the narrative plains of Pacific Northwest political history, the field of anthropology, the concepts of indigenous knowledge, and the hidden corners of historical archives, At the Bridge makes a compelling case for the intentional preservation of stories, while bringing the story of a very notable storyteller out of lost history.