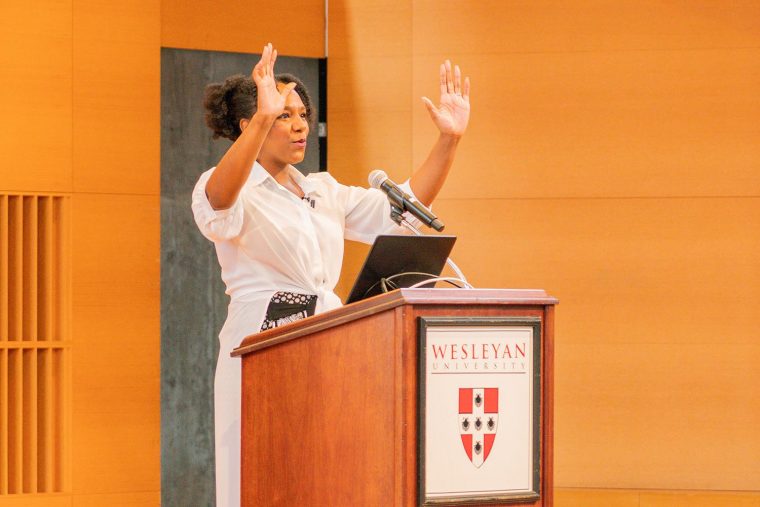 On Jan. 31, the Wesleyan community celebrated the life of Dr. Martin Luther King, Jr. with a commemoration and program. This year, artist, writer, producer, and activist Bree Newsome delivered the event’s keynote address.

Newsome drew national attention in 2015 when she climbed the flagpole in front of the South Carolina Capitol building and removed a confederate battle flag. She was arrested for her actions. The flag was originally raised in 1961 as a racist statement of opposition to the Civil Rights movement and lunch counter sit-ins occurring at the time. Newsome’s act of defiance against the culture of white supremacy has been memorialized in photographs, artwork, and film, and has become a symbol of resistance and the empowerment of women.

​Much of Newsome’s activism has focused upon incidents of young black people who are unjustly killed and issues related to structural racism. She traveled with a group of youth activists from North Carolina to Florida during the Dream Defenders’ occupation of the statehouse as a protest against the killing of Trayvon Martin. She also participated in an 11-mile march from the Beavercreek, Ohio, Walmart where John Crawford was killed by police to the courthouse in Xenia, Ohio, demanding the release of the footage showing the killing.

Newsome made the following statements during her address:

Photos of the commemoration are below: (Photos by Nick Sng ’23)