Corwin-Fuller Professor of Film Studies, Emerita Jeanine Basinger, whom this article notes has been dubbed “the professor of Hollywood” and “an iconic figure in American cinema, one of the most beloved and respected film history professors in the history of film studies” by The Hollywood Reporter, is interviewed on the occasion of her 60th year at Wesleyan, and the 50th since she created its film program. She talks about her next book on American film comedy, shares some of her favorite things, and muses on which actress would play her in a movie of her life.

Jeanine Basinger, the Corwin-Fuller Professor of Film Studies, Emerita, comments on Kirk Douglas’s legacy following the film icon’s death at 103. Recalling when she first saw him on-screen in the 1940s, she said, “He wasn’t a traditional leading man, really, in looks, and yet he had an unmistakable charisma and power on screen—not just the glamour of the movie star, though he did have that, but real acting chops. So you knew he was going to be a star.” She added, “He was a very modern American antihero type, but he could also play anything, really.”

4. Bay Area News Group: “Coronavirus: When Will It End?”

Fred Cohan, the Huffington Foundation Professor in the College of the Environment, professor of biology, is interviewed about efforts to contain the novel coronavirus and how they might play out. Cohan, who studies the evolution of microbes, says the isolation, quarantines, and travel bans being imposed by the Chinese government are not sustainable. “I don’t know of any realistic scenario where you could have a virus that is raging in one major geographic area and not present in other ones. That’s not what will happen,” he said. “We’re not able to clamp down on every visitor for an extended period of time.” He added: “Either it will spread worldwide or it will disappear.”

5. The Times of India: “‘Patriarchy Devalues Women, Nature and Animals. Humanity Must Rise Above Gender Divisions'”

Lori Gruen, the William Griffin Professor of Philosophy, is interviewed about the link between feminist philosophy and animal rights, and how patriarchy shapes our assumptions about the value of individuals. She also discusses how to better develop empathy in people. “In humans, we have a huge untapped capacity to do much better. Rather than being trained to turn off our concerns for others, early education can help to refine our empathy. If we can develop our sensibilities, where we can reflect with care on our emotional responses, we will all be better off.”

6. Connecticut Public Radio: “New Hampshire Ad Buys and What They Reveal About Candidates”

Associate Professor of Government Erika Franklin Fowler, co-director of the Wesleyan Media Project, speaks about political advertising ahead of the New Hampshire presidential primary. “What we’re really seeing is evidence of self-funded campaigns. You have two billionaires who are pouring loads of money into this campaign, driving costs up and just blanketing airwaves. You have two really interesting contrasts between Tom Steyer and Michael Bloomberg because Steyer is very heavily concentrating on the early states whereas Bloomberg is almost ignoring those.” Fowler also discusses how the different candidates are making use of digital and TV advertising, and the challenge posed to scholars by the unique digital ad landscape.

Assistant Professor of Psychology H. Shellae Versey comments in this article on the history and politics of black women’s hair. “Because of its long history and significance to people of African descent, particularly self-identified Black women, braided hair is considered a hairstyle unmistakably associated with Blackness, much like the afro,” says Versey. “Braids can be an explicit marker of identity, and in this case, Black women’s identity.” She adds that braids are “not just a style. They’re a form of art.”

1. TEDxUStreetWomen: “Scripting Your Own Reality”

Michele Barnwell ’89, a nonfiction content producer for series airing on Netflix, HBO, and other networks and platforms, talks about her work and recalls an important moment in her life—during the application process to Wesleyan—when her mother’s question changed the “script” that someone else was trying to write for her.

CNN’s Dan Merca reports: “Colorado Sen. Michael Bennet ended his 2020 presidential campaign on Tuesday in a speech to supporters in New Hampshire.” See the link for a video.

Reviewer Tash Aw says, “… like everything else in Run Me to Earth, simple explanations give way to deep nuance,” concluding, “Yoon has stitched an intense meditation on the devastating nature of war and displacement.” To see Yoon’s interview on February 6, 2020, with Seth Meyers, click here.

In “Full Circle,” Bozoma Saint John ’99 writes about “the official end of the ‘Year of Return,’ declared by Ghana’s president, Nana Akufo-Addo, which brought hundreds of thousands of people of African descent to this country over the past year.” The chief marketing officer at Endeavor, Saint John had worked with him to create the “Full Circle Festival,” a cultural gathering. Standing in the ocean with her daughter just before dawn on the first of the new year, she reflects on the country’s history and those who were stolen from Ghana to be slaves, as well as those, like her father, Fulbright Scholar Appianda Arthur PhD ’77, P’99 ’00, who left by their own volition.

5. The Hollywood Reporter: “We Are Freestyle Love Supreme: Film Review⁄Sundance 2020”

David Rooney writes: “Improvisational theater is described at various times in We Are Freestyle Love Supreme as an adrenalized, unsafe situation and a unique communion among the performers and the audience. That excitement and immediacy come across in Andrew Fried’s lovingly assembled documentary record of the hip-hop improv group’s 15-year evolution.” The founders include Lin-Manuel Miranda ’02, Hon. ’15, Thomas Kail ’99, Anthony Veneziale ’98, and Bill Sherman ’02.

6. The New York Times: “We Once Fought Jihadists. Now We Battle White Supremacists.”

In this op-ed, co-authors Max Rose ’08, a Democratic member of Congress, and Ali H. Soufan, a former FBI agent, write: “[White supremacists] transcend national barriers with recruitment and dissemination of propaganda. And just as jihadists exploited conflicts in Afghanistan, the Balkans and Syria, so too are white supremacists using the conflict in Ukraine as a laboratory and training ground.” 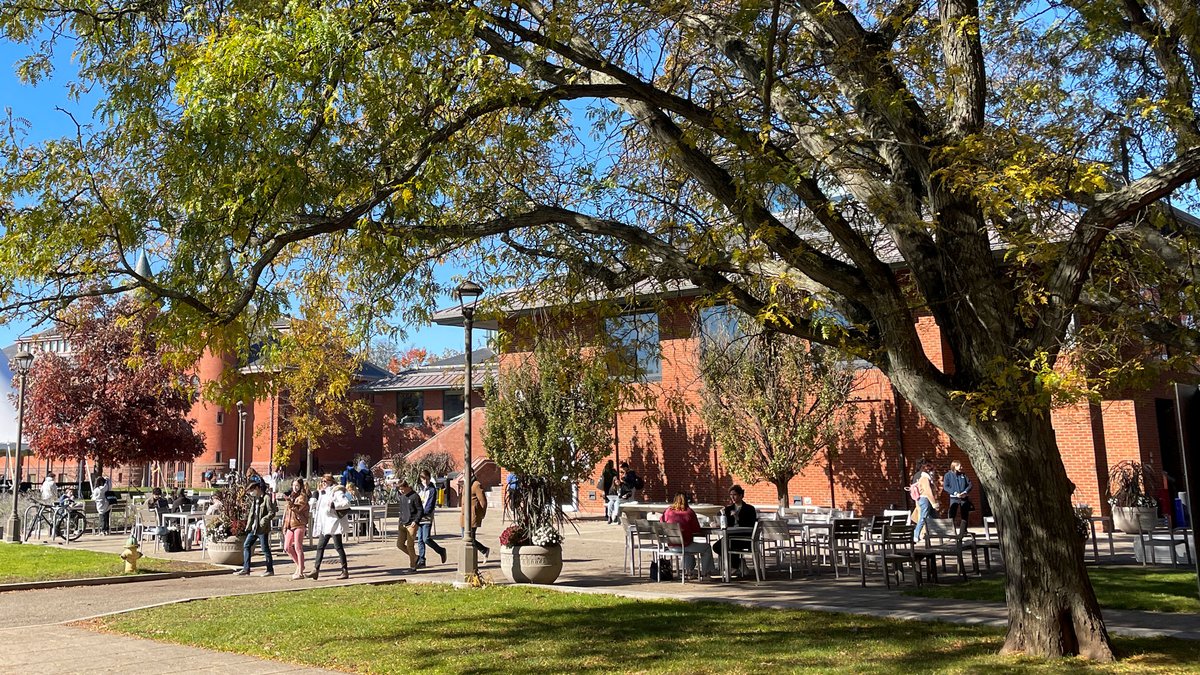