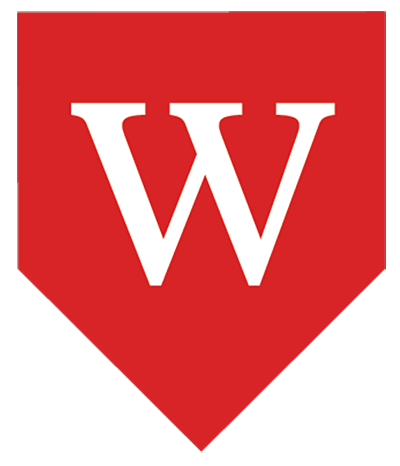 Seven faculty were conferred tenure by the Board of Trustees at its most recent meeting. Their appointments will be effective on July 1. They are:

In addition, one faculty member was promoted:

Ren Ellis Neyra is a theorist and practitioner of poetics of the Americas, whose work complicates boundaries between critical and creative practices, as well as in modes of public engagement. Their book, The Cry of the Senses: Listening to Latinx and Caribbean Poetics (Duke University Press, forthcoming November 2020), is “a paradigmatic disturbance built around the cry in the Caribbean Americas. The cry’s waywardness with the binary of being/non-being moves in the book’s method of multi-sensorial, poetic listening, which attunes readers of Latinx and Caribbean poetics and aesthetics to how abnormal insurgencies go off.” They offer a wide range of courses, including The Senses and the Subject in Poetry and Cinema; Brown, Black, and Queer Forms and Feelings; and Law, ‘Savage,’ and Citizen in Contemporary Literary and Cinematic Imaginations.

James Greenwood is a planetary geochemist and cosmochemist whose primary research focuses on the origin of the Earth’s water.

He also studies volatiles in lunar rocks and minerals and developed a novel method to analyze water and its hydrogen isotope signature in Apollo moon samples, which is now widely used in the study of extraterrestrial rocks. He has published articles in Science Advances, Space Science Review, and Science, and has secured over $1.2 million in major grants from the National Science Foundation and the National Aeronautics and Space Administration. He offers courses on Mars, Moon, and Earth; Dynamic Earth; Earth Materials; and Cosmochemistry.

Cameron Donnay Hill‘s scholarship is in the branch of mathematical logic known as model theory. His work has two primary areas of focus: using concepts from the theory of probability to characterize the conditions under which infinite structures may be approximated by finite structures, and developing an abstract theory of the nature of the dividing lines that classify certain abstract formal theories as “wild” or “tame.” He has published papers in Annals of Pure and Applied Logic and other journals, and has received a grant from the National Science Foundation. He teaches courses at all levels of the mathematics curriculum, including Multivariable Calculus, Vectors and Matrices, Discrete Mathematics, Abstract Algebra, and Model Theory.

Daniel Licata’s research in the emerging field of homotopy type theory involves cutting-edge use of computer programs called proof assistants to code and check mathematical proofs that are too lengthy or complex for human verification. He has also applied mathematical ideas to develop new gradually typed programming languages and new techniques for analyzing the resource usage of programs. Licata’s work has been published in Principles of Programming Languages, Logic in Computer Science, the International Conference on Functional Programming, and Formal Structures for Computation and Deduction, and he has received grants from the National Science Foundation and the Air Force Office of Scientific Research. He teaches introductory and upper-level courses on program design, analysis, and verification, including How to Design Programs, Functional Programming, Parallel and Sequential Algorithms, and Computer-Checked Programs and Proofs.

Naho Maruta coordinates the Japanese language program. Over the past year, she has been coordinating the Wesleyan Language Collective with the Fries Center for Global Studies. This collaborative aims to raise awareness of the benefits of foreign language study and to promote the study of foreign languages and cultures. She organizes lunchtime lectures/discussions in Japanese for learners and native speakers, and she supervises students who enter the Annual Japanese Speech Contest held by the Consulate General of Japan in Boston. Professor Maruta has also served as an important mentor to other faculty in the College of East Asian Studies, as well as to the foreign language teaching assistants from Kansai Gaidai University in Japan, where she has established a formal relationship. She teaches courses in elementary, intermediate, and advanced Japanese.

Rashida Shaw McMahon ’99 is a scholar of black theater and performance whose research seeks to understand the role of theatre, drama, and performance within black lives, and the ways that textual and embodied artistic forms express what it means to live as black across and within local, national, temporal, and global frameworks. Her forthcoming monograph, The Black Circuit: Race, Performance, and Spectatorship in Black Popular Theatre (Routledge, Taylor & Francis Group, 2020), is a study of contemporary Chitlin Circuit theater and its historical antecedents, including explorations of theater history, theater criticism, performance studies, ethnography, social theory, and culinary history. She has also published five peer-reviewed articles, and several reviews of books and theatrical productions. Professor Shaw McMahon teaches courses on August Wilson, African American theater, Afro-Caribbean drama and performance, Black Feminist and Womanist theater, theatrical adaptations, and musicals.

Laura Ann Twagira is a historian of modern Africa, gender, and technology. Her interdisciplinary research focuses on the dynamic relationships between gender, daily life, and vernacular epistemologies, and seeks to illuminate women’s roles in the production of knowledge about Africa. Her forthcoming monograph, Embodied Engineering: Gendered Labor, Food Security, and Taste in Twentieth Century Mali (Ohio University Press, 2021), analyzes domestic space as an arena of technological innovation and argues that women in rural Mali engineered a complex and highly adaptive food production system in the face of multiple environmental and political challenges. She also edited the forthcoming special issue Africanizing Technology (April 2020) for the journal Technology and Culture. She offers courses on modern and precolonial Africa; reproductive politics and the body; global gender history; and the environment in Africa.

previousLivingston '21 a Finalist in a Worldwide Writing Contest

nextPBS Documentary by Weisberg '75, P'05 Set to Premiere on April 6