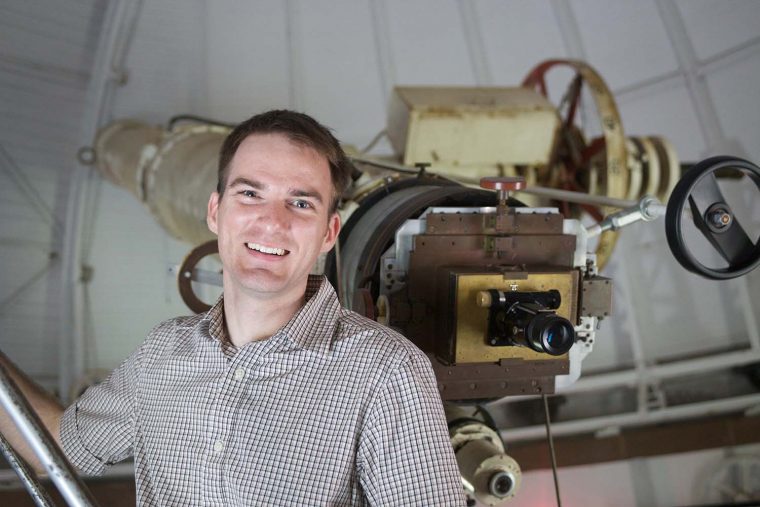 Our planetary system is embedded inside a bubble-like area of space known as a heliosphere, which is created by the Sun’s powerful solar winds. This space protects our solar system and Earth, in particular, from harmful radiation and cosmic rays.

Redfield’s study, titled “Exploring the next space frontier: Optimizing trajectories of future spacecraft based on the outer heliosphere and its interstellar environment,” will use telescopes, including the Hubble Space Telescope, to measure composition, density, temperature, motion, and the spectroscopic signatures of gas and dust.

“Even though the density of the dust and gas is low between the stars, if you are moving at high speed, even a small speck of dust could damage the spacecraft,” Redfield said. “The light from nearby stars will show absorption by the gas and dust along the way.”

As part of this project, Redfield and collaborators will be able to learn what the dust is made of, how big it is, and how much there is of it. All of these properties will affect a spacecraft’s ability to travel outside the heliosphere and will be important in evaluating the threat of damage from dust impacts along the journey.

Redfield will use the award to support undergraduates, graduate students, and a postdoctoral researcher to help with this work.

“I feel very lucky to be able to work toward such a big idea of traveling beyond the solar system, even if it is some time away,” Redfield said.

nextJohnston: What History Can Teach Us About the COVID-19 Pandemic