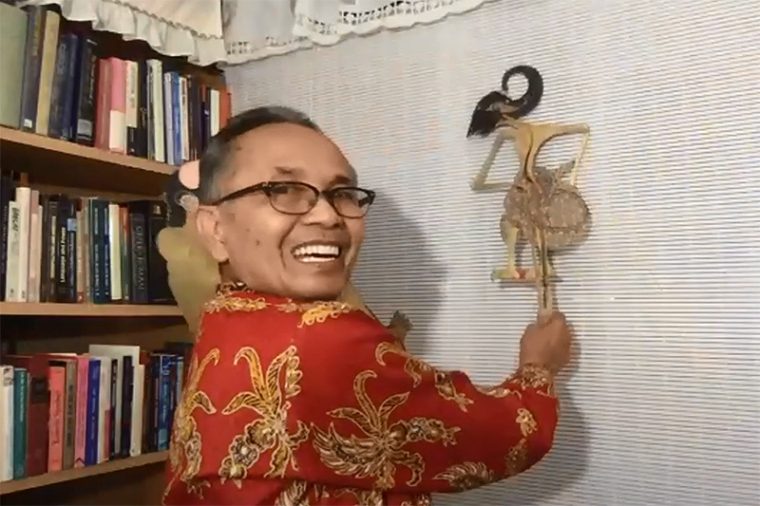 Sumarsam, Winslow-Kaplan Professor of Music at Wesleyan and a Fellow at Yale Institute of Sacred Music, is an expert on the history, theory, and practice of Indonesian music and theater, and a performer of Javanese gamelan and puppetry.

Sumarsam’s presentation was part of ISM’s “Reflections from Quarantine” series. He was interviewed live through the Zoom platform by ISM Fellows Program Director Eben Graves.

Sumarsam explained that his current research focuses on how “people—commoners—use performing art, and life of passage rituals for practicing their religion in their everyday lives.” From that angle, he looks at the early existence of performing arts during the period of Hinduized Java from the 9th to 15th centuries, and then proceeds to Islamized Java from around the 15th century onward.

In his reflection, Sumarsam explained the characters in a Wayang Kulit shadow puppet play: The demon is a sensual image of raw nature; the prince and princess are elements of traditional Java; gods and goddesses show a cosmological element of power; and clowns are used as a modern pragmatic element of survival. Sumarsam ended his interview with prayer incantation through song poetry.