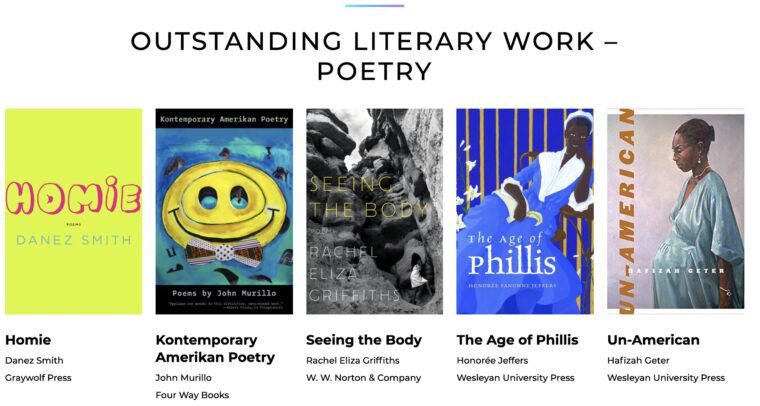 Three titles affiliated with Wesleyan were nominated for the 2021 NAACP Images Awards in the Outstanding Literary Work — Poetry category.

According to the NAACP, Image Awards celebrate “the outstanding achievements and performances of people of color in the arts and those who promote social justice through their creative work.”

The collections by Murillo, Jeffers, and Geter also are longlisted for the PEN Open Book Award. The PEN Open Book Award honors a work of fiction, literary nonfiction, biography/memoir, or poetry written by an author of color. The award was created by PEN America’s Open Book Committee, a group committed to racial and ethnic diversity within the literary and publishing communities.

The virtual ceremonies will recognize winners in more than 60 non-televised award categories in the fields of television and streaming, music, literature, film, and activism.