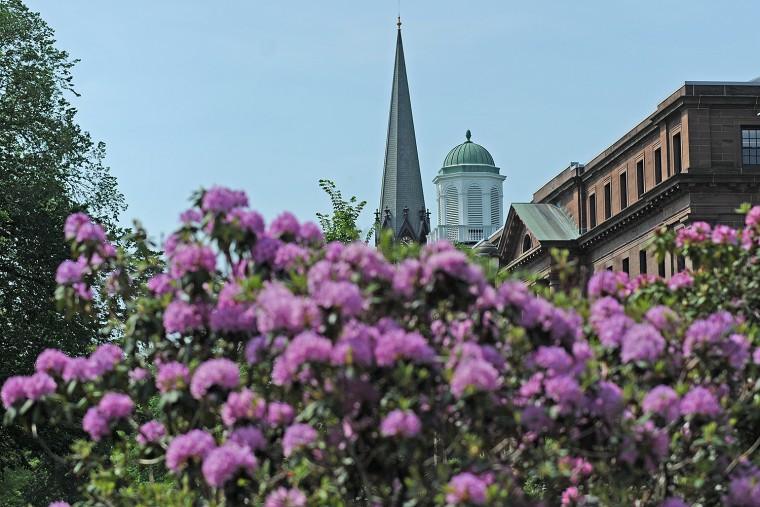 The votes are in! Luz Burgos-López ’09, Andrew Fairbanks ’90, and Kimberly King ’97 are the newest Wesleyan alumni to be elected to the University’s Board of Trustees, and they will begin their three-year-term on July 1.

Burgos-López, Fairbanks, and King join 33 other trustees who are responsible for making sure the University fulfills its mission, sustains its values, and appropriately balances its obligations to current and future generations. While many schools have some Alumni-Elected Trustee representation, Wesleyan is unique in that nearly one-third of the Board is elected by the alumni body. All alumni plus members of the class of 2022 were eligible to vote.

“The alumni-elected trustees represent the alumni body and ensure that constituency has a voice at the table when the university is contemplating all major decisions,” explained Trustee Nominating Committee Chair Ellen Glazerman ’84, P’26. “The candidates are people who have demonstrated their commitment to Wesleyan through years of volunteer service and a commitment to Wesleyan’s success over the long term. These trustees are our voice—whoever we are—in setting the future direction.”

Luz Burgos-López of Hartford, Conn. is an assistant dean of students at the University of Connecticut, where she also has a certificate in Indigeneity, Race, Ethnicity, and Politics. She’s also the co-founder of Racial Equity Consulting Collective, LLC. Burgos-López is an engaged alumna, having served as co-chair of Wes Latino Alumni Network, member of Wesleyan’s Alumni of Color Council, and the Alumni Association Executive Committee. She graduated from Wesleyan with an African American Studies major and held leadership roles as an undergraduate in Wesleyan Student Assembly.

Andrew H. Fairbanks of Bethesda, Maryland, is a managing partner for IBM Consulting where he has worked for 25 years. After graduating, he remained at Wesleyan for five years as an admission dean.  Fairbanks has served as a member and chair of the Trustee Nominating Committee, and a member of both the Athletic Advisory Council and Admission Advisory Council. He also is the president of the Board for Horizons Greater Washington. Fairbanks graduated from Wesleyan with a major in College of Social Studies and then went on to receive a master’s in public policy from Harvard University.

Kimberly King of Riverdale, N.Y. is vice president of One Platform Marketing – Advertising & Creative Partnerships, NBCUniversal, in New York City. She is a passionate and motivating leader with expertise in entertainment, publishing, television, and digital media. King has served as chair of the Alumni of Color Council and at the same time, she also served as vice-chair of the Alumni Association (Alumni Association Executive Committee). She’s also served as a Class Secretary, Class Agent, and member of the Reunion Committee. At Wesleyan, she majored in government and received a MS in integrated marketing and a professional certificate in digital media marketing from New York University.

If an alumnus isn’t able to serve as a Trustee, David Hill ’86, Chair of the Alumni Association, says the simple act of voting for Alumni-Elected Trustees is one of the most important, and easiest ways, to get involved.

“The election is an important way that alumni can stay involved in the governance of their alma mater,” Hill said. “I’d love to see us substantially raise the percentage of alumni who vote.”