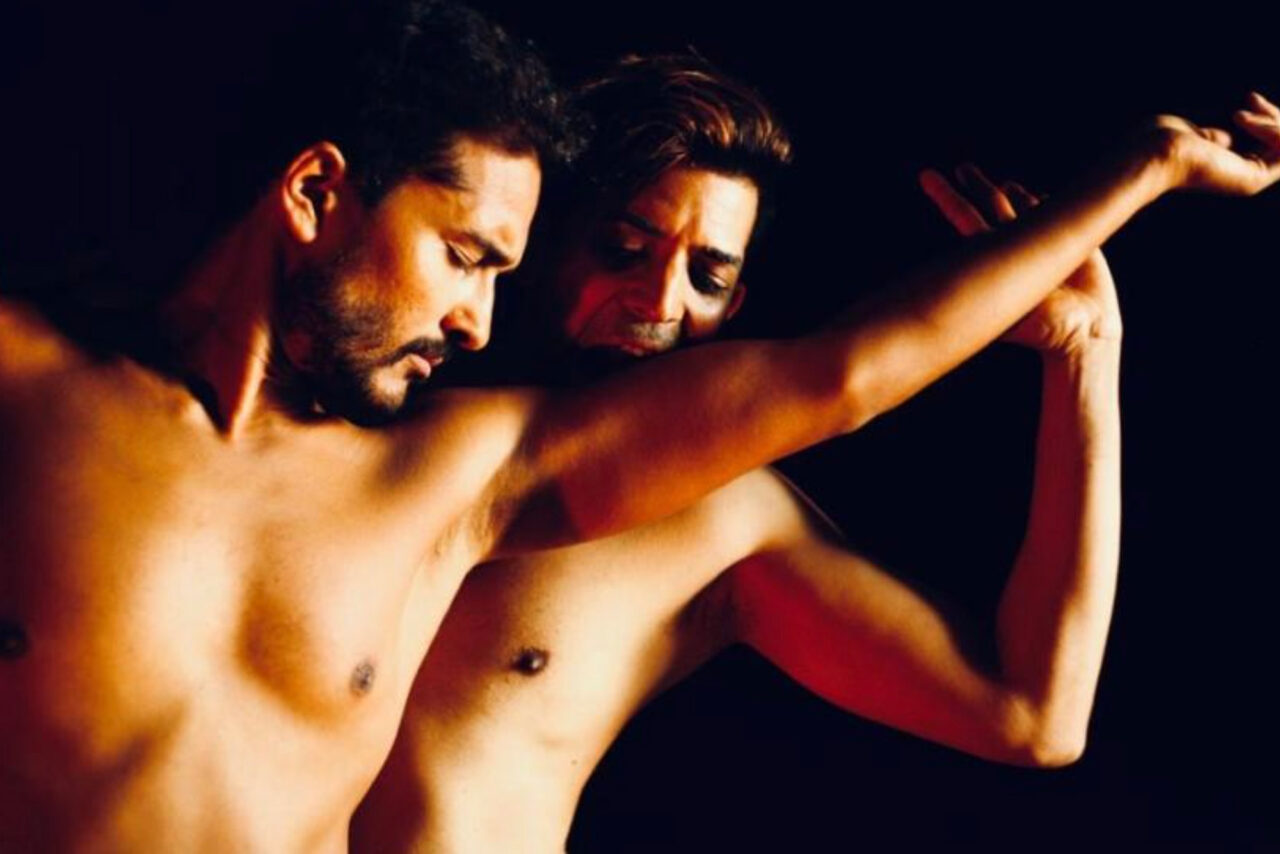 The New England Foundation for the Arts awarded over $2 million to this year’s National Dance Project Production Grant recipients and finalists on September 28. Five of the 36 dance companies have close ties to Wesleyan University, from faculty and alumni to collaborative partners and guest artists.

Twenty grantees will each receive $56,500 to create and tour a new dance work, and in support of production residencies and community engagement. The companies will also receive $10,000 in general operating support. And $700,000 is allocated to support U.S. organizations to present the projects in-person, digitally, or via new hybrid models.

Hari Krishnan, Professor and Chair of the Dance Department, and Professor of Feminist, Gender, and Sexuality Studies, has received his first National Dance Project grant to support “ROWDIES IN LOVE,” which his company inDANCE will premiere at Wesleyan in the fall of 2023. “This work is a lifelong dream of creating an evening of unabashedly progressive, inclusive, secular, alternative contemporary dance works, culled from living in Asia, Canada, and the United States,” said Krishnan.

“ROWDIES IN LOVE,” which will also be presented at the University of Chicago, is a transformative political act in response to the prevailing socio-political context in parts of Asia, especially India and Singapore. The countries are repealing an antiquated colonial anti-gay law that would have condemned homosexuals to life-long prison terms. “The grant program has created a critical intervention to showcase alternate/bold possibilities of how Indian dance can be presented in the United States,” said Krishnan.

“Teaching at Wesleyan and the visionary work heralded by the Dance Department, urgently situating contemporary dance from global perspectives, has deeply impacted my work as an artist and ‘ROWDIES IN LOVE’ is an extension of these crucial pedagogical innovations,” said Krishnan.

Urban Bush Women, Haint Blu. Photo by Jonathan D. SecorBrooklyn’s Urban Bush Women, one of three partnering organizations for Wesleyan’s Embodying Antiracism Initiative, will tour “Haint Blu,” an ensemble dance-theater piece steeped in memory and magic. Named for the color that Southern families paint their front porches to ward off bad spirits, “Haint Blu” uses performance as a center and source of healing, guiding the performers through movement into stillness and rest.

The piece explores the stories of ancestors, reflecting on what has been lost across generations and what can be recovered. Wesleyan’s Center for the Arts is one of the additional commissioning partners for “Haint Blu,” which will include site-responsive residencies around the country. New York’s nia love, one of three Embodying Antiracism Visiting Guest Artist Fellows, was in residence on campus in July developing “UNDERcurrents,” a multi-media installation responsive to sites in various contexts that this grant will help bring into full realization. She visited the gravesite of the formerly enslaved Silva Storms and the house where she worked, the Indian Hill Cemetery, and the Connecticut River, where she recorded footage which will be included in the performance. “The time in Middletown enabled me to engage in an intimate study of traces from the slave trade and white settlership,” said love.

An immersive and participatory audience experience, “UNDERcurrents” probes the seam between catastrophic history and quotidian memory, and tends the textures of generational care. These processes are explored through two primary thematic elements: water and doors. The point of departure for captive Africans into the Middle Passage is described as “the door of no return.” The piece will also incorporate the work of her late father, sculptor Ed Love. This grant will support artistic research and planning for their most ambitious global project to date, “The Way of Water,” which will examine the complex histories, challenges, and possible futures surrounding water as a shared natural resource, elevate interconnectedness, and foster collaboration. “Over the next ten years, we will partner with communities around the world to explore water and the work of people who steward it,” said Orr. The funding will allow the company to spend time in the field with front line water and water systems employees.

And as one of the sixteen finalists, Jody Sperling ’92, Founder and Artistic Director of New York-based Time Lapse Dance, will be provided with $10,000 in unrestricted funds for “Arboreal Entanglement,” a collaborative project with composer Matthew Burtner on the nature of trees that will premiere in April 2023.  The mission of her company is to deploy dance toward creating a more sustainable and equitable future.

“I learned so much from Wesleyan that continues to influence me and shape my understanding to this day,” said Sperling. “One of the biggest takeaways is that I began a practice of combining artistic and scholarly research which still is at the core of what I do.” Her dances often draw on historic or scientific research which helps formulate her performance. “I also think the social activist component of what I do was nurtured at Wesleyan.”

Since 1996, the New England Foundation for the Arts’ National Dance Project has invested nearly $47 million in funding to artists and organizations to strengthen partnerships and bring dance into communities across the United States, generously supported with lead funding from the Doris Duke Charitable Foundation and the Mellon Foundation, with funding for special initiatives from the Boston Foundation, and the Aliad Fund at the Boston Foundation.

previousLines of Prose, Drawing, and HVAC Systems at the Zilkha Gallery Fall Exhibition