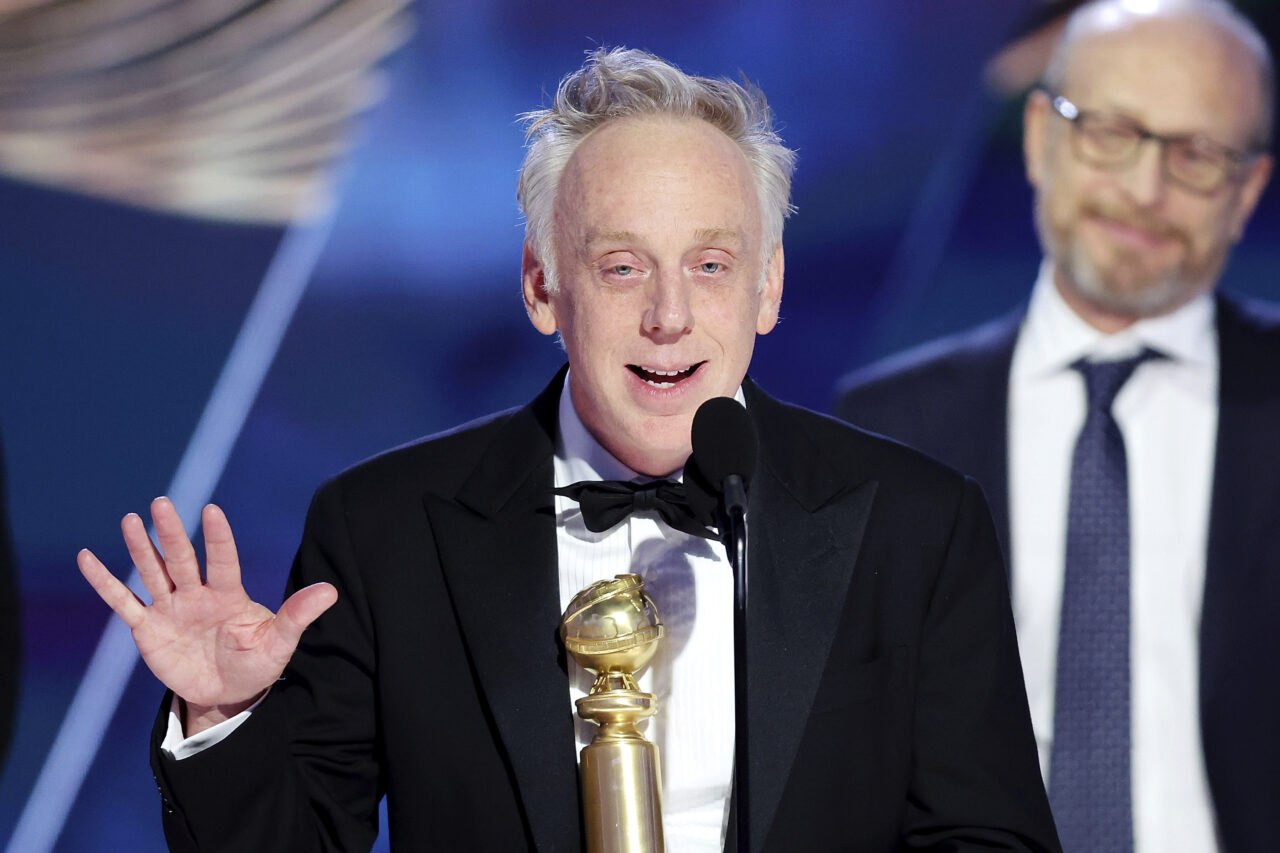 On stage at the 2023 Golden Globe Awards on Tuesday night, Mike White ’92 gently ribbed the A-listers in attendance who’d turned down parts on The White Lotus. “I know you all passed—you all passed on this show,” White said to a chuckling audience. “So, yes, it’s very gratifying to have this moment.”

It was a banner evening for White and The White Lotus, the acclaimed HBO dark comedy-drama about dysfunctional leisure-seekers on rapidly unraveling luxury vacations that he created, wrote, and directed. Cast by Meredith Tucker ’92, the second installment of the series received four 2023 Golden Globe nominations and two awards, including Best Limited Series, Anthology Series or Television Motion Picture.

Earlier in the evening, Jennifer Coolidge sang White’s praises at length during her highlight-reel acceptance speech for Best Supporting Actress (Television Limited Series/Motion Picture) for her role on The White Lotus as Tanya McQuoid. White was still misty-eyed from Coolidge’s words as he approached the microphone and thanked the cast and crew of the show, which HBO recently renewed for a third season.

“I would take a bullet for you guys,” he said. “Maybe not in the heart, but in the foot or the leg or whatever.”