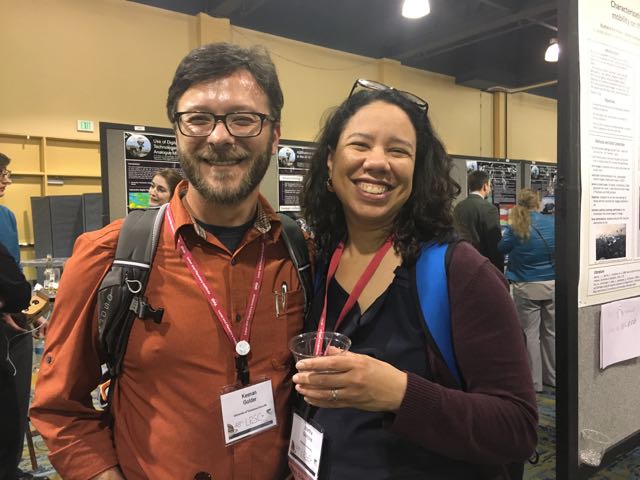 A group of Wesleyan faculty, students and alumni attended the 48th Lunar and Planetary Science Conference in The Woodland, Texas March 20-24. The annual conference unites 2,000 international specialists in petrology, geochemistry, geophysics, geology and astronomy to present their latest research in planetary science over the course of several days.

Professor of Earth and Environmental Sciences and the George I. Seney Professor of Geology Martha Gilmore coordinated Wesleyan’s group. While at the event, she presented her work on the oldest rocks on Venus and Mars gully analogues on Earth.