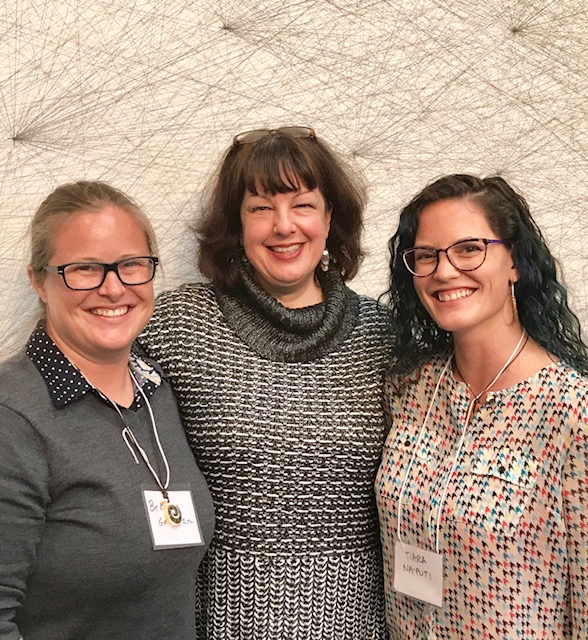 J. Kēhaulani Kauanui, chair and professor of American studies, professor of anthropology, and director of the Center for the Americas, delivered one of two keynotes at a conference on “Archipelagos and Aquapelagos—Conceptualizing Islands and Marine Spaces.”

The gathering, hosted by the Global South Center at The Pratt Institute on March 30—April 1, focused on the need to reinvestigate and reconceptualize the nature of the aggregations of islands commonly referred to as “archipelagos” in order to produce more sophisticated understandings of them, along with the environmental, social, and transnational issues and impacts involved.

As the organizers of the conference, May Joseph, Luka Lucic, and Macarena Gómez-Barris—all based at Pratt’s new Global South Center—explained in the mission, “Archipelagos have become increasingly prominent in geo-political contexts with regard to national territorial boundaries, global migrancy and disputes over fisheries.”

Kauanui’s keynote, “Decolonizing Indigeneity: Hawaiian Sovereignty, U.S. Occupation and the Politics of Settler Colonialism,” focused on U.S. militarism and Hawaiian decolonization. As she explained, “since the purpose of the conference is to explore the interface of land and water ontologies and epistemologies facing vulnerable populations across different small island nation ecologies, looking at the Pacific Islands is instructive for understanding multi-dimensions of U.S. imperialism and settler colonialism, as well as persistent questions of decolonization.” Keeping this U.S. military expansion in mind, her talk explored decolonization in the Hawaiian context.

The other keynote was delivered by Philip Hayward, editor of online journal Shima, from the University of Technology Sydney.