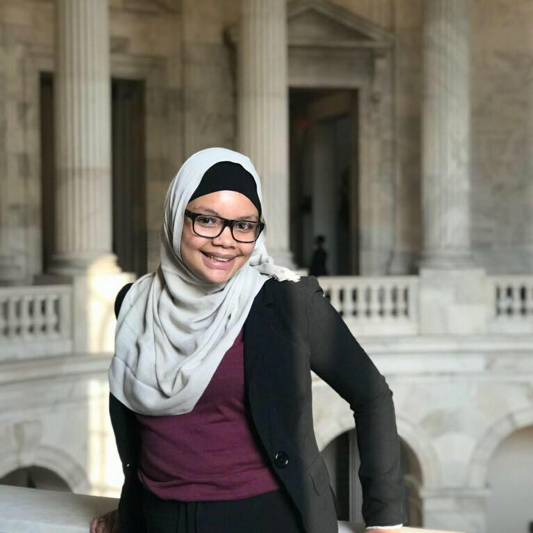 “My master’s degree will be a continuation of my research at Wesleyan,” Strong said. “Specifically, I will continue focusing on political discourse regarding the role of Islam in Southeastern European societies.”

In the second half of her gap year, Strong is working to empower young Muslim women and, in her work with the New Britain Board of Education, tackle socioeconomic and racial disparity in New Britain schools.

“During the remainder of my gap year I plan to continue my grassroots activism and political work in Connecticut,” Strong said. “Currently, I am focusing on issues surrounding mass incarceration and education equity. I will also continue to work with marginalized communities across the state, helping them reclaim their voice in local, state, and national politics.”

After taking a course in comparative religion during her junior year at New Britain High School, Strong converted from Catholicism to Islam. She went on to double-major in government and religion at Wesleyan, studying abroad in Kosovo, Bosnia, and Serbia her junior year and graduating with honors. During her time at Wesleyan, Strong received the Mellon-Mays Undergraduate Fellowship for a research proposal seeking to explore the Muslim identities of the Albanian population in Kosovo.

The Argus recently published an article by Editor-in-Chief William Halliday ’19 on Strong’s activism and speech at the Hartford Women’s March. You can read their conversation with here.