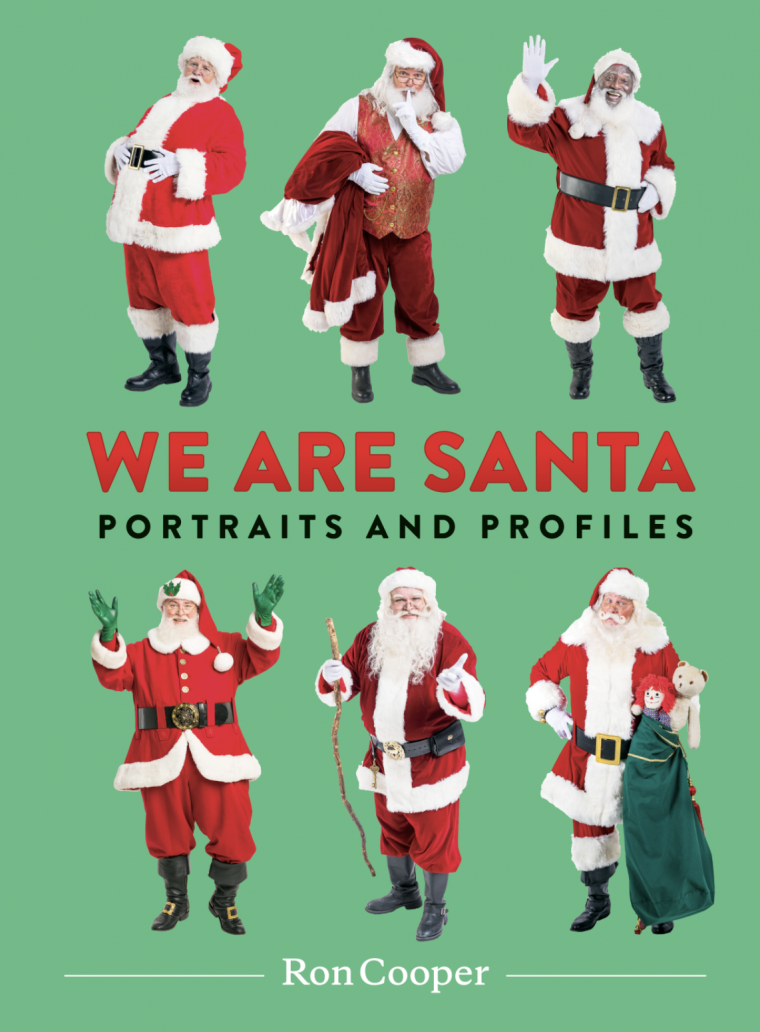 And so began Cooper’s latest journey around the country to photograph and interview professional Santa Clauses, which resulted in his recently published book We Are Santa: Portraits and Profiles (Princeton Architectural Press, 2020). The book features portraits and brief profiles of 50 Santas, along with more in-depth background pieces on 10 Santas and one Mrs. Claus, plus stories about the history of Santa Claus, costumes, and Santa’s encounters with children. It has been featured in Parade magazine as “One of the Best New Christmas Books to Get You in the Holiday Spirit” and in The Washington Post‘s list of “Feel-Good Books Guaranteed to Lift Your Spirits.” Proceeds from the book will be donated to the Children’s Hospital of Colorado, which Cooper and his wife have long supported. Several of his photographs are on permanent display in the hospital’s facilities.

A sociology major at Wesleyan, Cooper has always been interested in cultures and people, and over his career, which has involved extensive travel in the U.S. and overseas, he has photographed re-enactors, cosplayers, clowns, drag queens, and geishas.

“I’m fascinated by people—what makes each of us unique, and the common threads that bind us to one another, however varied our circumstances, lifestyle, appearance, and faith may be,” he said.

Though the Santa project is different than his usual work and he admits that he began the project “with some skepticism about the motivations of the men who portray Santa,” Cooper said he came to find that the “vast majority of the professional Santas I met are dedicated, professional, and committed. They do this for the right reasons.”

“These men are all deeply committed to embodying the character of Santa Claus year after year. Some have been doing it for decades while others are fairly new to the role. Almost to a person, they are very enthusiastic about continuing to be Santa as long as they can. Many view this as a ‘calling,’ not as a ‘profession,’ and although the men I met are paid for their appearances as Santa, almost none do it for the money. In fact, virtually all donate a meaningful portion of their time to various charitable and volunteer activities to which they bring the spirit of Santa and the holiday season,” said Cooper. “As you can imagine, this year’s limitations due to the virus have been a huge disappointment to many of the Santas who have had to reduce or curtail their activities.”

Though most Santas are serious about their part in carrying on holiday traditions, Cooper found that few are outwardly religious. All he spoke with were accepting of children of diverse faiths, and as a group they were primarily concerned with goodwill, kindness, charity, and the holiday spirit.

Oh, and in case you’re wondering, the beards are (nearly) all real. Cooper noted that the professional Santas’ trade association is the International Brotherhood of Real Bearded Santas.

nextBooks by Meyer, Smolkin Translated and Distributed in Russia