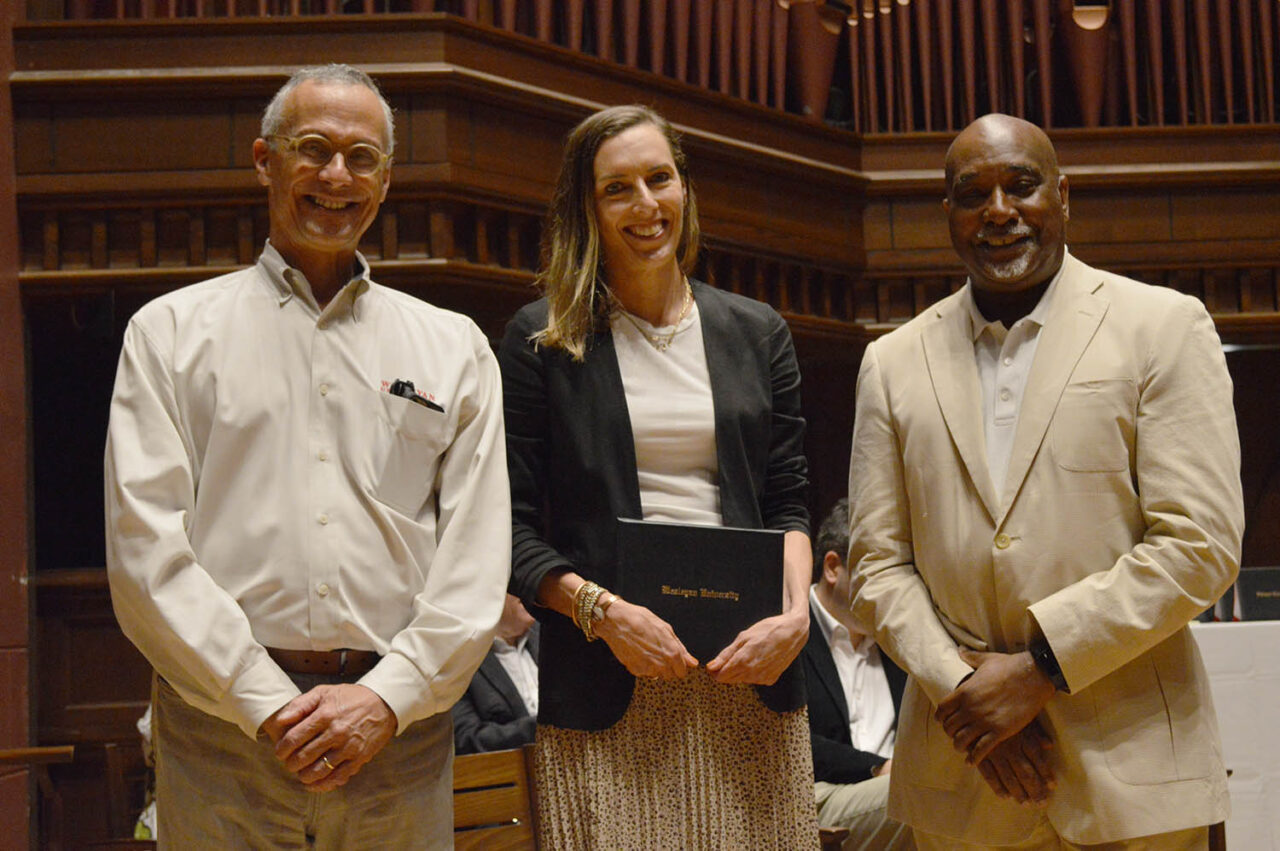 Although English major Angela Mae Yee ’97 had wanted to be a writer and photographer since she was in Kindergarten, her entrepreneurial spirit led her towards a career in radio, juice-pressing, selling fair-trade coffee—and even hair extensions.

After college, Yee immediately went to work for the Wu-Tang Clan, assisting the CEO with payroll, benefits, and meeting with record label personnel. She then spent six years at SiriusXM Satellite Radio, and eventually created her own show, The Morning After with Angela Yee. And in 2010, she became a host of New York City’s Power 105.1’s The Breakfast Club show, which currently airs in over 100 markets on iHeartMedia.

Since then, Yee has garnered industry accolades, including 2020 Radio Hall of Fame induction, two Gracie Awards, and the NYS Broadcasters Association Outstanding On-Air Broadcast Personality or Team. She also created the pressed juice line, Drink Fresh Juice, a coffee company, and Private Label hair extensions shop in Detroit, all while sitting on numerous boards, including American Foundation for the University of the West Indies, Nile Rodgers’ We Are Family Foundation, the Fund for NYC Housing Authority, and The Shirley Chisholm Cultural Institute.

For her incredible career achievement, Yee was honored with a Distinguished Alumni Award during the Wesleyan Assembly and Annual Meeting of the Alumni Association on May 21. Through the cultivation of lifelong relationships with each other and a common bond with their alma mater, the Wesleyan University Alumni Association enriches the University community and helps strengthen Wesleyan’s reputation as a singular place in higher education.

Joining Yee as a 2022 Distinguished Alumni Awardee are Ron A. Bloom ’77, P’24, managing partner and vice-chairman at Brookfield Asset Management; Sarah Chapin Columbia ’82, a nationally recognized trial lawyer and leader in the practice of intellectual property law; Carter Bays ’97, an author, television producer, screenwriter, and songwriter; Maggie McLean Suniewick ’97, a media executive with a passion for purposeful work, strong leadership, and building culture; and Craig Thomas ’97, an executive producer, writer, and co-creator (with Carter Bays) of How I Met Your Mother.

In addition, Outstanding Service Awards are presented to alumni, parents, or other members of the Wesleyan community in recognition of outstanding volunteer service to Wesleyan, their community, or the nation. This year, they were presented to Seth A. Davis ’72; Peter J. Hicks ’72; and Susan Webster ’77, P’18.

Davis, a four-time winner on Jeopardy! in 1991, has taught for several years as an adjunct professor in Pace University’s top-rated environmental law program. He has served the communities in which he has lived as special advisor on environmental issues, chair of planning and zoning boards, and homeowners’ association president. For over 40 years he has always been on the board of at least one not-for-profit corporation, serving musical, educational, environmental, cultural, and community organizations. He became class secretary at his fifth reunion in 1977, and has since been anointed “Class Secretary for Life.”

Hicks, who was recognized by The New York Times as one of the four members of “Wall Street’s New Inventor Class” has been involved in a number of campus-related activities, including serving as a member of alumni, reunion, investment, and alumni athletic committees. Mr. Hicks has also been involved in helping undergraduates gain exposure to a variety of industry opportunities in New York City. He’s currently a member of the Board of Trustees of The Children’s Village, a leading social services organization focused on underserved children in the New York metropolitan area, a current board member of the Bronxville Historical Conservancy, and a former member of the board of Lawrence Hospital.

Susan Webster, a former secretary of the Board of Trustees, is a partner at Fremont Group in San Francisco, where she is executive vice president, general counsel, and secretary. She currently co-chairs the Athletic Advisory Council at Wesleyan. Webster is a longtime member of the board of Sheltering Arms Children and Family Services, which serves vulnerable children and their families in New York City. She is an emerita member of the Fordham Law School Advisory Council and was a trustee of St. Bernard’s School in New York City for many years, serving as the board secretary and Diversity Committee chair.

William “Bill” Hal Sherman ’02 is the 2022 recipient of the James L. McConaughy Jr. Memorial Award, which recognizes members of the Wesleyan family whose writings, or other creative achievements, convey unusual insights and understandings of current and past events.

Sherman, a composer, arranger, and orchestrator for television, theater, and film, is a recipient of Tony, Grammy, and Emmy Awards for his work on In the Heights and Hamilton as well as his role as the music director of Sesame Street. In 2021, he was the executive music producer for Jon M. Chu’s In the Heights as well as Lin-Manuel Miranda’s [’02, Hon. ’15] Tick, Tick. . .Boom! Currently, Sherman is the music supervisor and orchestrator for &Juliet, a musical featuring the songs of Max Martin, in London’s West End. He is also an original member of the hip-hop improv group Freestyle Love Supreme alongside a number of Wesleyan alumni.

Since 1959,  the Alumni Association has honored over 350 alumni, parents, and faculty with Distinguished Alumni, Outstanding Service, and James L. McConaughy Jr. Memorial awards. A complete list of recipients is online here.

Additional photos of the annual meeting are below: (Photos by Tom Dzimian)