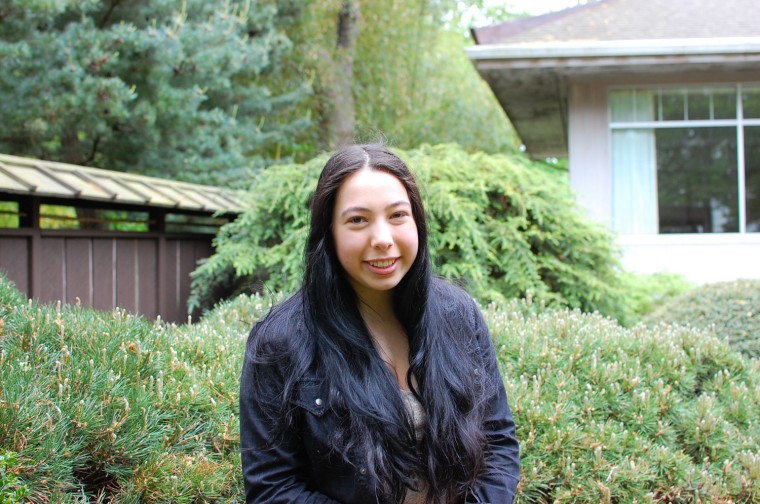 They were among about 550 undergraduate and graduate students in the U.S. to receive the scholarship this year. CLS participants will spend between seven and 10 weeks this summer in intensive language institutes in 13 countries to study Arabic, Azerbaijani, Bangla, Chinese, Hindi, Korean, Indonesian, Japanese, Persian, Punjabi, Russian, Turkish or Urdu.

Rubin, of Boston, is a double major in film studies and history with a minor in East Asian studies. She began studying Japanese during her first year at Wesleyan, and received the Mansfield Freeman Summer Language Support Grant from the College of East Asian Studies to attend the Princeton in Ishikawa Summer Japanese Language Program. Through that program, she spent two months living in a homestay in Kanazawa, Ishikawa last summer, and completed second-year Japanese. She is currently in third-year Japanese, and will be studying fourth-year Japanese this summer on the CLS program.

Rubin’s interest in the Japanese language started with her love of Japanese film.

“I have watched anime for my whole life, and am a big fan of the works of Satoshi Kon and Akiyuki Shinbo. Later, I began delving deeper into Japanese film history, studying the films of Kenji Mizoguchi and Yasujiro Ozu,” she said. “I am very interested in East Asian history (East Asian history and visual/material culture are my two history concentrations). These interests sparked my interest in learning Japanese, and from there I really fell in love with the language itself.”

Following the CLS program, in August, Rubin will travel around Japan, spending time in Tokyo, Kyoto, Osaka, Kanazawa, and Hakone. In September, she will begin a study abroad program, the Associated Kyoto Program, through which she will live in a homestay in Kyoto until December.

“I absolutely loved studying in Japan last summer, as it was a very fun experience and my Japanese ability dramatically improved,” said Rubin. “I’m looking forward to living in another homestay while on the CLS program. I had an absolutely wonderful homestay family while in Kanazawa last summer. They taught me so much about living in Japan, and were incredibly understanding of the challenges that came with being in a full immersion program learning a second language. We are still in touch.”

Brady ’15, of Minneapolis, is a government major with a concentration in international politics. She stumbled into learning Arabic accidentally, after someone suggested it.

“After I started learning the language, I fell in love with its complex history and how it has been preserved,” she said. “Above all, though, what I appreciate the most is the ability to speak with people that I couldn’t previously. Language opens up so many opportunities for human interaction and connection.”

Brady began studying Arabic at the University of Minnesota for a year before taking two years of the language at Wesleyan with Abderrahman Aissa, adjunct instructor in Arabic. She previously received an award to study Arabic intensively at the Qalam wa Lawh Center in Rabat, Morocco in 2013, and this past summer, spent two months in Cairo, Egypt studying the language at the International Language Institute. Most recently, she spent the fall semester in Amman, Jordan studying through Middlebury College, and took a pledge to speak only Arabic for the duration of the semester.

“I applied to the CLS because, after my semester in Amman, I felt that I was on the brink of proficiency but needed a little more time to grasp the language,” said Brady. “My goal was to be trilingual by graduation and I am close to attaining that goal.”

Brady is looking forward to returning to Jordan, where she already has a network of Jordanian friends and groups with which she is affiliated.

“I miss the food in Jordan, and the tea,” she said. “I’m hoping to take dance classes, and volunteer with an organization that works with the large influx of refugees from Syria.”

After completing the CLS program this summer, Brady will return home to Minneapolis to spend time with her family. She plans to work for an environmental organization, and will likely be involved in projects related to water scarcity or environmental justice in the Middle East and North Africa, a job in which her Arabic will be useful.

Read about Casey Smith ’17, who won a Critical Language Scholarship in 2014 to study Arabic in Oman.