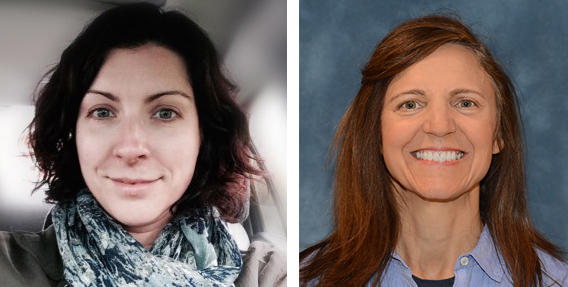 “People really over-rely on the first, left-most digit,” explained Barth, who called this phenomenon the “left digit effect.” She said that this phenomenon contradicts the usual understanding of how people estimate in situations like this one: that when asked to estimate a given number, they translate that number in their minds into a representation of its numerical size without regard for the digits that make it up.

The findings were published in a March 2018 paper in Developmental Science; with Maxine Lai ’17 as lead author and Barth and her former lab coordinator, Alexandra Zax, as coauthors.

In their new project, Barth and Patalano will lead eight studies to further explore this phenomenon. The grant will support students working in their labs, who will do everything from helping to develop the studies; to producing materials and writing computer programs; to collecting, managing, and analyzing data; to presenting the work at conferences and coauthoring publications. Barth’s Cognitive Development Lab will focus on collecting data from a wide developmental range including children and adults, investigating questions such as how general the left digit effect is and at what age it emerges. Her lab recruits families to participate from around the central Connecticut area, and also runs studies in the Connecticut Science Center and at other local institutions.

Patalano’s Reasoning and Decision Making Lab will collect data for studies focused on adults, and linking number cognition to complex reasoning and decision-making as well as to complex math and verbal skills. She is interested in investigating how robust the left digit effect is in adults, and how it translates to an individual’s susceptibility to the same effect in real-world situations, such as when comparing consumer prices and making medical and other important life decisions.

“We’re interested in how the basic processing of numbers contributes to more complex judgment errors that people make,” Patalano explained. Participants in the adult studies will largely be Wesleyan students.

nextMeislahn Reflects on Challenges of Her Career as Dean of Admission