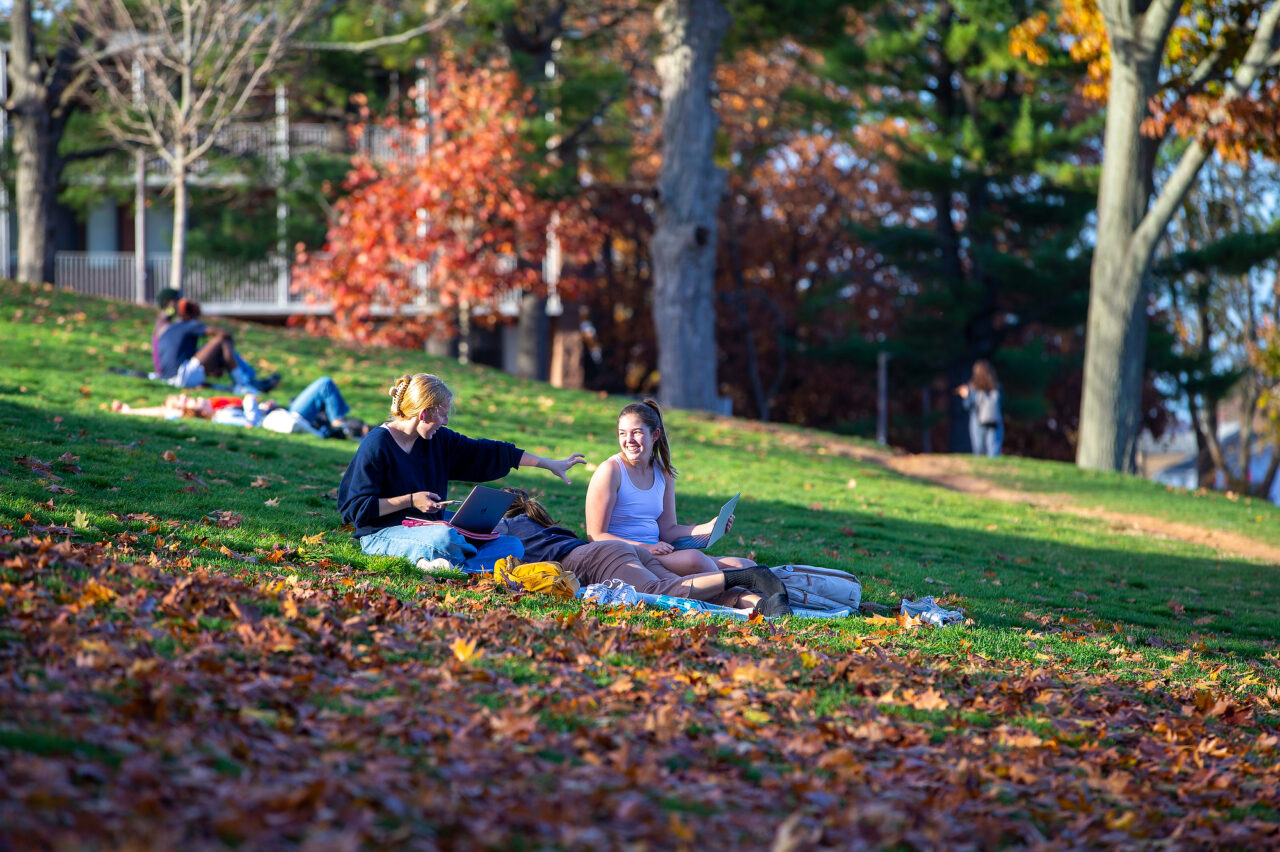 The past year began in uncertainty due to the global pandemic and the ongoing strife happening in our country and throughout the world. However, the Wesleyan University community persevered and thrived.

Faculty explored new and innovative ideas, and students grew in ways that they couldn’t have anticipated. Throughout the year the Wesleyan Connection was there to document the life of a place that is always creative, always pushing for a better and more just world.

Here’s a small sampling of the stories that mattered this past year:

The Andrew W. Mellon Foundation funded the Carceral Connecticut Project, a multidisciplinary venture that will examine the history of race, capitalism, and violence in the Connecticut River Valley. Over the next three years, the project will explore the past and contemporary resonances of slavery, race, and industrialization in New England through innovative courses, engagement with archives and museums, and public presentations which include exhibitions, theatrical performances, a conference, and a documentary film.

Wesleyan’s second annual Equity and Inclusion Summit, held January 31 through February 3, examined the ways that the University can become a more inclusive place. ““It’s not enough to just be not racist,” said Ariana Molokwu, Embodying Antiracism Initiative Associate Producer. “In order for us to have a safe and inclusive space … we need to go a step further. We need to be actively anti-racist.” The Russian invasion of Ukraine prompted an outcry among the Wesleyan community. Students staged a rally in support of the beleaguered nation. With Ukrainian flags flying, students expressed their fears for their families and the hope that peace would be on the horizon. May was a month of celebrations, with two sets of reunions (including the belated 50th anniversary of the Class of 1970) and Wesleyan’s 190th Commencement celebrating the Class of 2022.  “Diversity and democracy are like a tree, they grow not from the top down, but from the bottom up. Remember that what you do every day matters—what you say, what you encourage, what you oppose, what you imagine, what you love with all your hearts—and that includes laughter,” said honorary degree recipient Gloria Steinem.

The University indulged in a bit of time travel, welcoming back to campus the Class of 2020 for an in-person celebration. The class’s 2020 Commencement was held virtually due to the spread of COVID-19. The University also mourned the passing of John A. Driscoll ’62, a ubiquitous and welcoming presence on campus as the longtime head of alumni relations. The examples of the creativity and innovation of the Wesleyan community are myriad throughout the year, but July offers two representative examples. The Wesleyan Connection told the story of performance artist Toshi Reagon’s campus residency which resulted in the work-in-progress showing of a new work in the fall. Seth Redfield, professor of astronomy, received some of the first data captured by NASA’s Webb Telescope.

Wesleyan has been known throughout its history as a prodigious nurturer of Fulbright Scholars. This year’s cohort will be working throughout the world researching education, government, and other topics.

Students returned to campus excited about the opportunities spread out before them. In addition, a new director was appointed to guide the Center for the Arts as the organization heads into its fifth decade.

The new Center for the Study of Guns and Society, led by Associate Professor of History Jennifer Tucker, held its inaugural conference in October. The conference brought about 150 historians, museum curators, Wesleyan students, and others to campus to explore the historical context behind one of the most polarizing subjects in modern America.

Homecoming and Family Weekend welcomed back several thousand members of the Wesleyan community to watch the football team trounce Williams and to share in performances and lectures held across campus. The University also announced its best fundraising year in the past three years and explored its role in the struggle for reproductive rights.

Throughout the entire academic year, the campus is alive with student performances of all kinds, from original theatre to music to dance. The Winter Dance Concert gave a group of student choreographers the opportunity to express their deepest emotions through dance, an act of courageous self-expression.